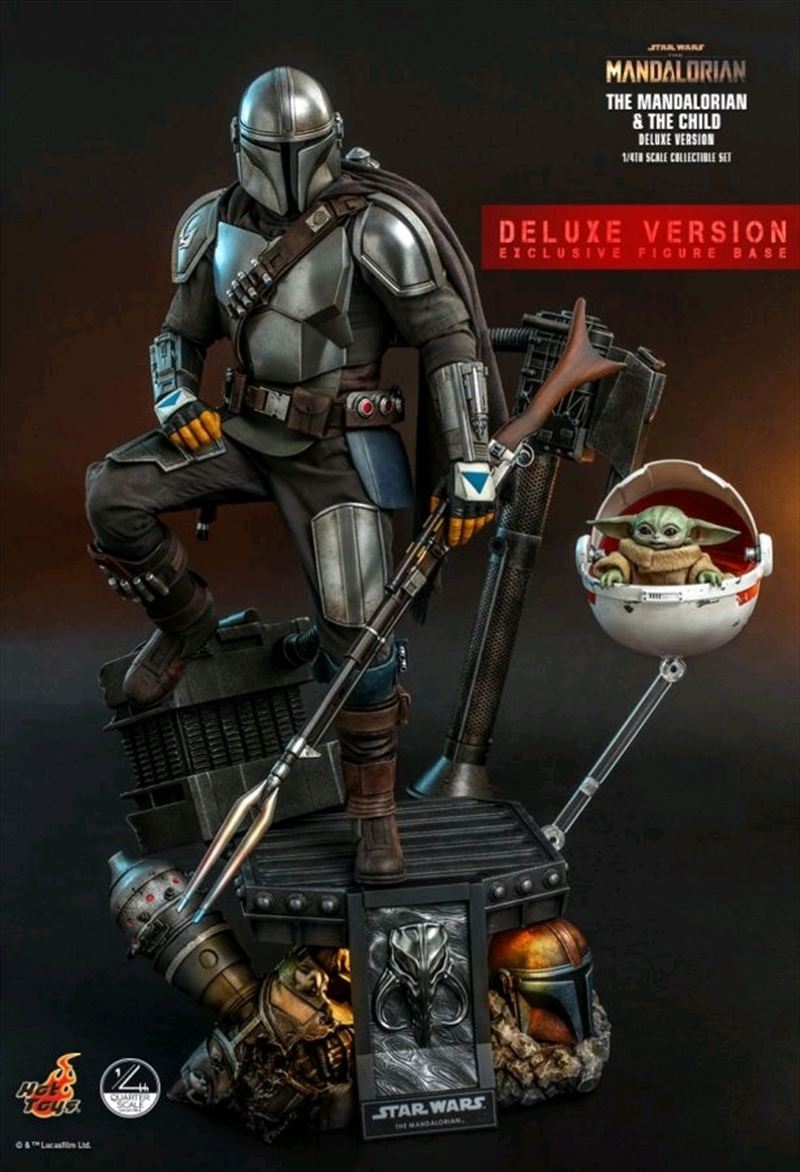 "You expect me to search the galaxy for the home of this creature and deliver it to a race of enemy sorcerers?"

It is time to witness the next chapter of the formidable Mandalorian and little sidekick the Child ?s extraordinary journey in the dangerous galaxy with the launch of the new season of the highly acclaimed Star Wars series The Mandalorian!

Today, Hot Toys is very excited to present a stunning Deluxe Version 1/4 scale collectible set of the Mandalorian and the Child!

Based on the appearance of the Mandalorian from the new season, the highly-accurate quarter scale figure stands approximately 46cm tall, featuring meticulously crafted beskar armor pieces and helmet, skillfully tailored outfit, an attachable jetpack, his signature blaster rifle, pistol and blade, flamethrower effect, a satchel bag, and a range of accessories.

This Deluxe Version 1/4 scale collectible set of this clan of two is the perfect addition to your treasured collection!