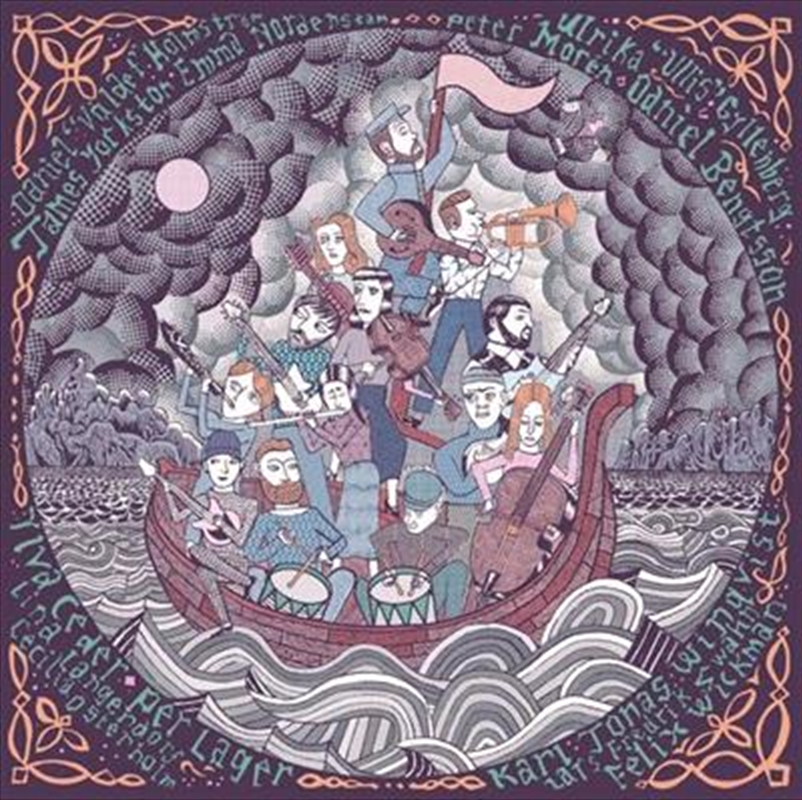 SEE MORE IN:
2 For $40 Music New Release Music All 2 For $40 James Yorkston
DESCRIPTION

Recorded and mixed in Sweden over the course of three days with a selection of musicians Winqvist had brought together, including Peter Morén (Peter, Bjorn & John) and Cecilia Österholm (one of Sweden’s best-known nyckelharpa players).

The studio approach with The Second Hand Orchestra was entirely improvised around Yorkston’s songs, and the only song they heard in advance was “Ella Mary Leather”; Yorkston didn’t want to direct anyone too much but instead, allowed for a welcoming, instinctive, free-spirited and joyful atmosphere.

The resulting album, The Wide, Wide River, is a soothing, warm and sublime listen, whilst also highlighting Yorkston’s skills for songwriting, collaboration and as a musical conductor.

His tenth album for Domino, not to mention his three albums as part of Yorkston/Thorne/Khan and two books, Yorkston is a prolific writer who has worked with a wealth of talent over his two-decade career including Four Tet, Alexis Taylor, KT Tunstall, Rustin Man, Simon Raymonde, Norma and Mike Waterson, Martin Carthy, Max Cooper, David Wrench and many others.

2. To Soothe Her Wee Bit Sorrows

5. There Is No Upside

8. We Test The Beams