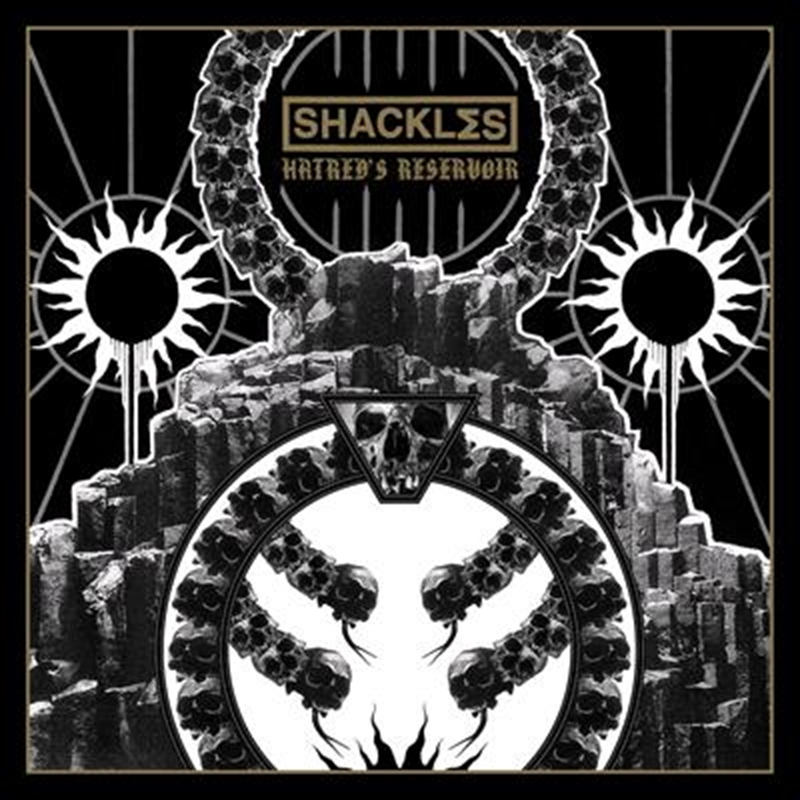 Following an extended hiatus in the recording sphere, Shackles return to set a crushing new precedent with their latest LP, ‘Hatred's Reservoir’. 13 tracks of pure distilled grinding barbarity that takes immediate cues from Death Metal, Grindcore, Hardcore and Power Violence, while producing a mutant synthesis of them all.

Captured by Liam Kriz and mixed by Andy Nelson at Bricktop Recording (Harms Way, Dead in the Dirt, Weekend Nachos), the band burrow further into their collective stockpile of animosity and conniption to produce what could arguably be considered the strongest of their recorded output so far.

Saturated in abhorrence and hostility, “Hatred’s Reservoir” bestows an absolute affirmation to the bands claim as total purveyors of all things drear and desolation in the dead zone they occupy between the realms of brutal hardcore and extreme metal.