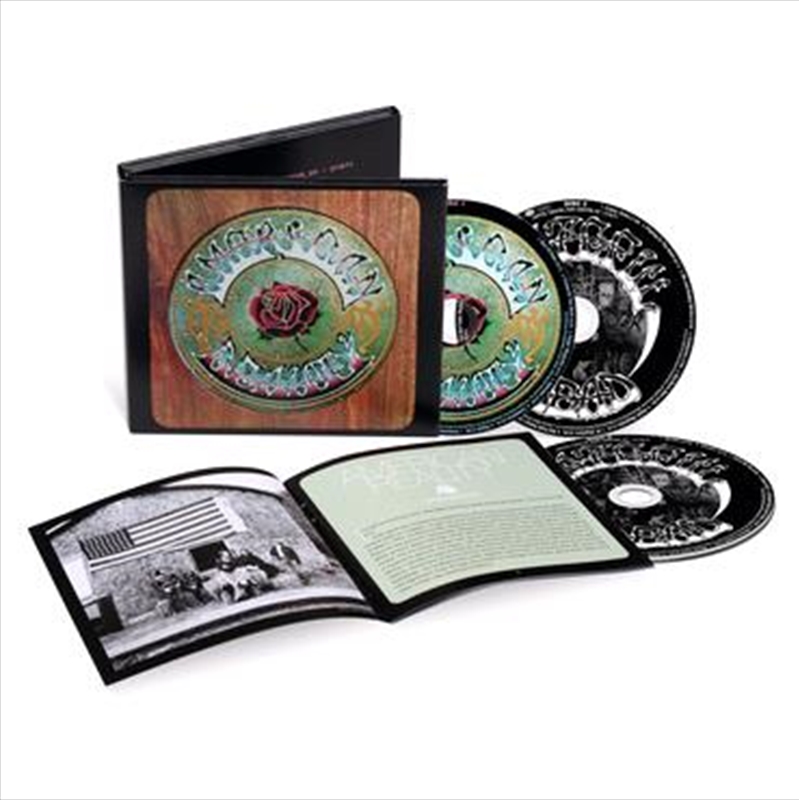 By any measure, 1970 was a high-water mark for the Grateful Dead. Hot on the heels of the incredible success of Workingman's Dead that summer, the band returned in the autumn with the equally stunning American Beauty. Those back-to-back classics not only introduced songs that would be a key part of the group's live repertoire for decades, but they also opened a gateway into the world of the Grateful Dead for generations of Dead Heads. American Beauty celebrate its 50th anniversary this year with two new releases.

Jerry Garcia, Bob Weir, Ron "Pigpen" McKernan, Phil Lesh, Bill Kreutzmann and Mickey Hart recorded American Beauty in August and September 1970 at Wally Heider Studios in San Francisco with producer Stephen Quinn Barncard. When they entered the studio, Workingman's Dead was still on the charts going strong. Such a quick follow-up on studio albums was unheard of for the band, and a feat they would never repeat. Equally shocking was the high level of craftsmanship exhibited by new songs like, Friend Of The Devil, Sugar Magnolia, Truckin', and Ripple. Today, it's still considered to be one of the greatest albums ever made.

American Beauty (50th Anniversary Deluxe Edition) includes the band's previously unreleased live performance from February 18, 1971 at the Capitol Theatre, one of the most requested archival recordings in the Dead's vault. On stage that night, the Dead debuted a whole new batch of songs, five in all: Wharf Rat, Playing In The Band, Bertha, Greatest Story Ever Told and Loser. Fans were also treated to a few standbys from the previous decade, including St. Stephen and an inspired Dark Star jam that led into Wharf Rat and back to Dark Star. Notably, keyboardist Ned Lagin (who played piano on Candyman on American Beauty) sat in with the band for the show.

2. Friend Of The Devil

8. Till The Morning Comes

9. Attics Of My Life

2. Playing In The Band

3. Me And Bobby McGee