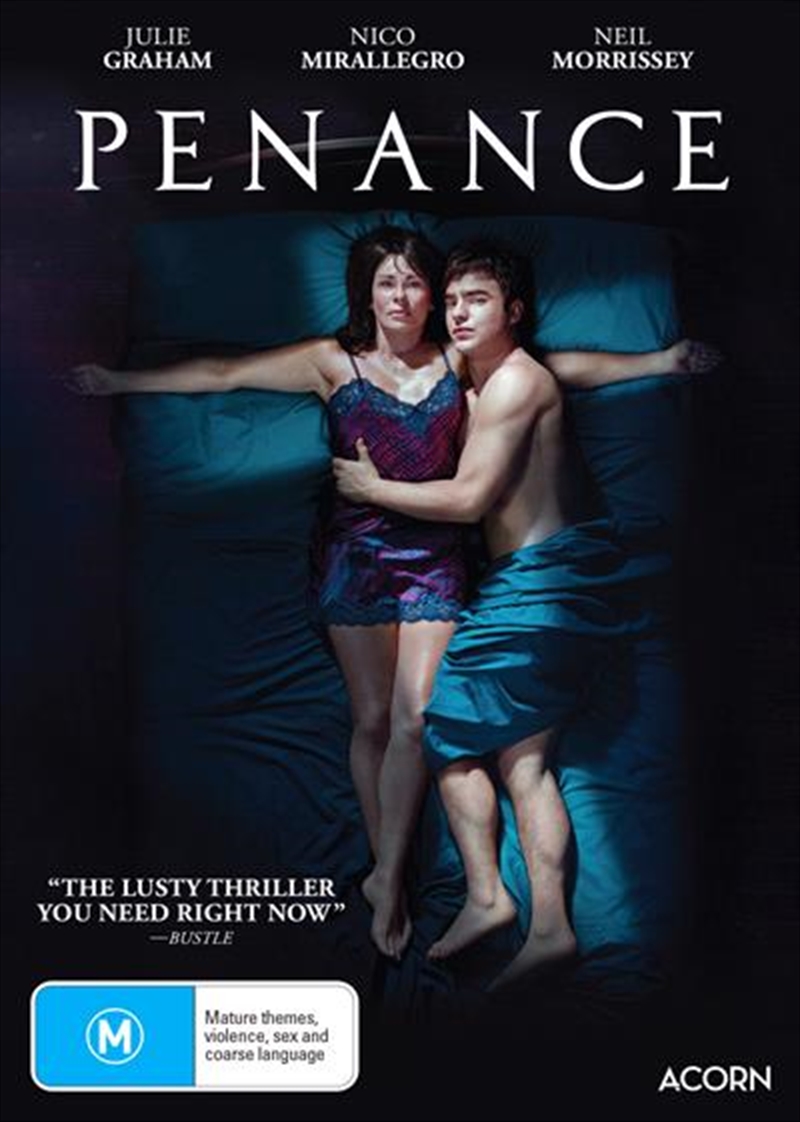 Penance follows the lives of Rosalie (Julie Graham) and Luke Douglas (Neil Morrissey) and their teenage daughter, Maddie (Tallulah Greive). Following the loss of their son, Rosalie and Luke find their marriage under immense strain. Maddie and Rosalie find themselves in the caring hands of Jed (Nico Mirallegro), a charming and charismatic young man that they encounter at bereavement counselling who is also suffering under the weight of his own grief. Jed rekindles a hope for the future within the Douglas household. But underneath, a deadly and morally corrupt triangle is taking shape.
TRAILER
DETAILS