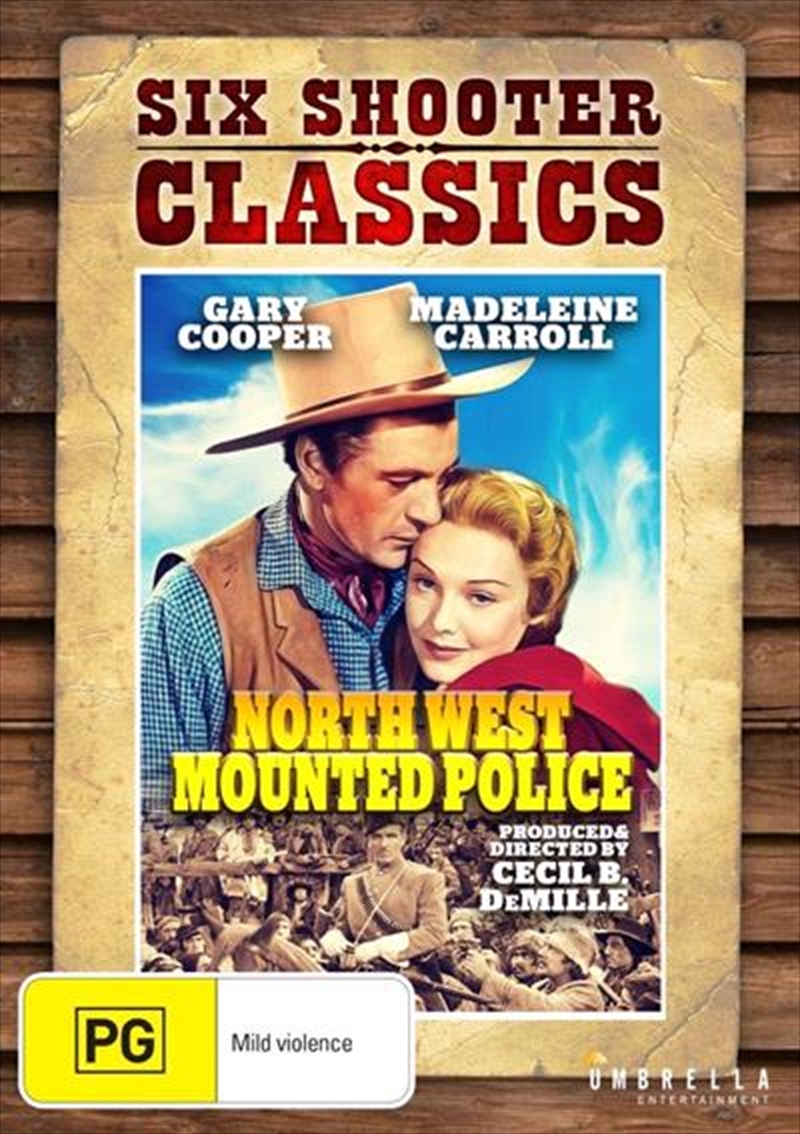 SEE MORE IN:
3 For $30 Movies & More
DESCRIPTION
The roaring magnificence of "Union Pacific" . . . the pulse-pounding action of "The Plainsman" . . . two surging love stories woven into an unforgettable drama of human emotions .

Legendary director, Cecil B. DeMille (The Ten Commandments) directs this spectacular adventure film set in the tumultuous wilds of 19th century Quebec. Starring Gary Cooper, Madeleine Carroll and Lon Chaney Jr., Northwest Mounted Police follows Texas Ranger Dusty Rivers (Cooper) on his quest to bring murdered Jacques Corbeau to justice. Tracking him through the Canadian wilderness, Rivers is soon swept up in the middle of the Riel Rebellion, where Metis (people of French and Native heritage) and Native tribes clash with the Crown's forces to forge their own separate nation. Amidst this chaos Dusty is determined to bring his quarry to justice, and win the heart of April Logan (Carroll). But first he must contend with his rival for April's affections, Mountie Jim Brett (Preston Foster) and April's brother, who is involved with Courbeau's daughter.
DETAILS