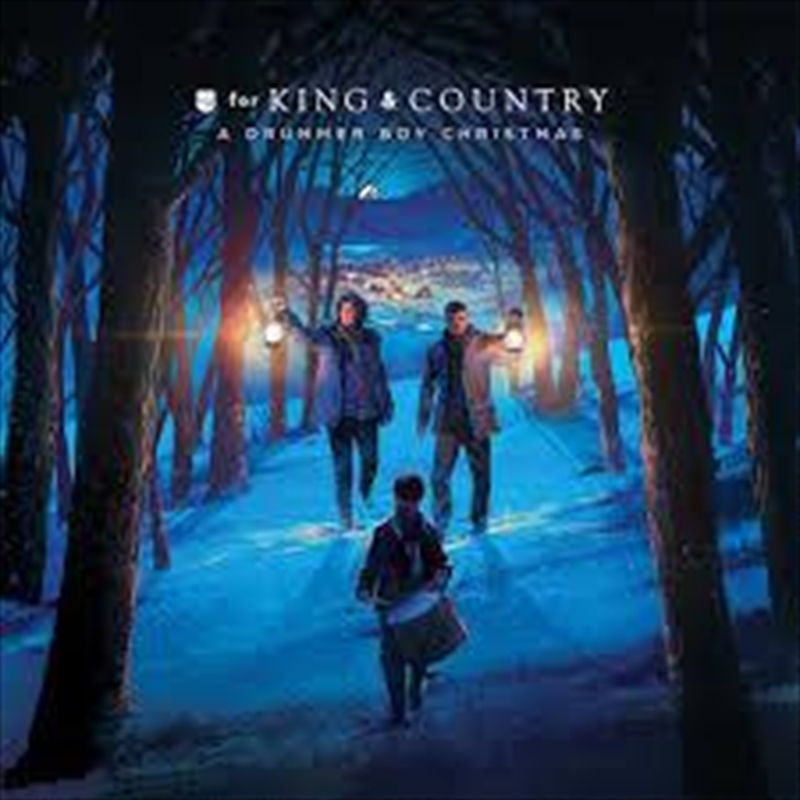 For King And Country A Drummer Boy Christmas CD

The sounds of the most joyous season have never sounded so good for King & Country - known the world over for its grand re-envisioning of the classic "Little Drummer Boy," especially following its rousing, show-stealing performance of the song during the 2019 CMA Country Christmas TV special on ABC that received a standing ovation, is bringing that signature style to a brand-new, 13-song album, A Drummer Boy Christmas. Releasing· October 30, 2020, the duo's first-ever, full-length studio Christmas album features Gabby Barrett on "Go Tell It on the Mountain," and Needtobreathe on "O Come, 0 Come Emmanue1.

Four-time Grammy® award-winning Australian duo, for King & Country, comprised of brothers Joel & Luke Smallbone, collaborated with renowned entertainer Dolly Parton to release a version of the duo's 11-week No. 1 hit "God Only Knows" in 2019. In 2020, the duo won two Grammy® awards. One for "God Only Knows" (with Dolly Parton) in the Contemporary Christian Music Performance/Song category, and their 3rd studio album, "Burn the Ships”, won a Grammy® in the Contemporary Christian Music Album category. for King & Country graced the CMA stage to perform "God Only Knows" with the incomparable Dolly Parton at the CMA awards, and they performed their unique and powerful rendition of "Little Drummer Boy" at CMA Country Christmas, receiving national critical praise for both.

Artist: For King And Country

1. In The Bleak Midwinter ( Prologue)

9. The Carol Of Joseph (I Believe In You)

11. Go Tell It On The Mountain (with Gabby Barrett)

12. Angels We Have Heard On High

13. In The Bleak Mid Winter (Epilogue)