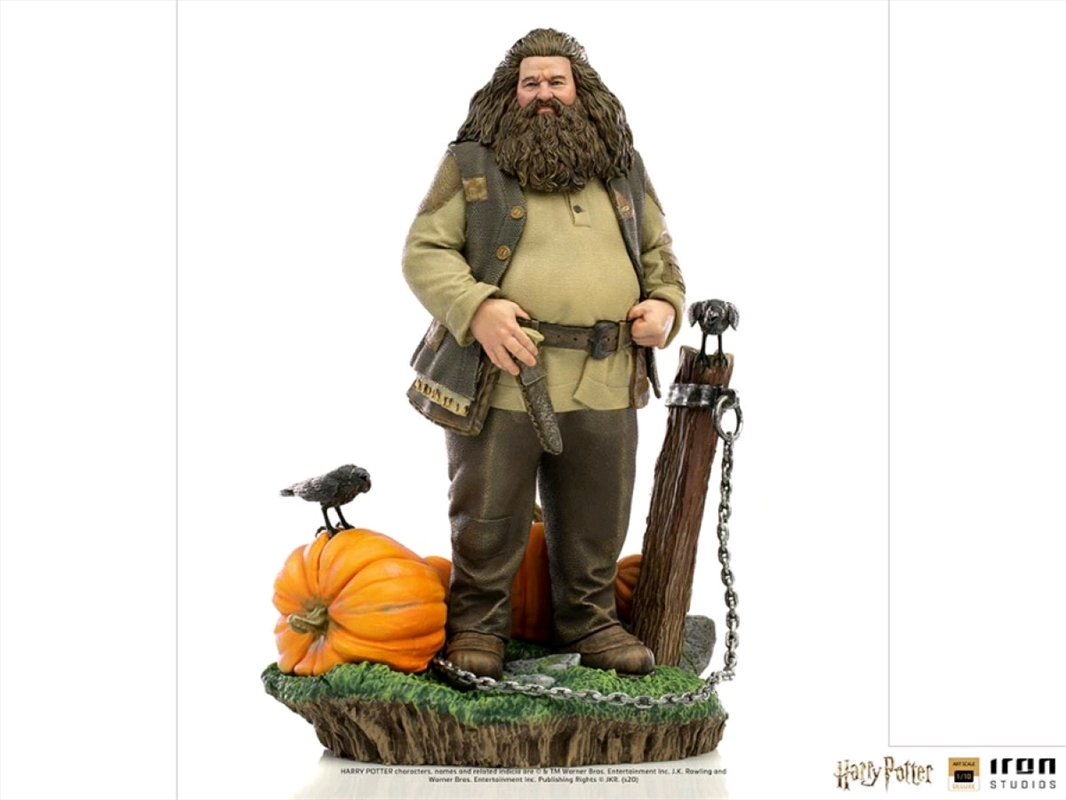 At its base, surrounded by some giant pumpkins, food for some magical creatures, in its vegetable garden next to its hut where some crows rest, the gentle Hogwarts giant gamekeeper contemplates quietly resting his big fists on his belt, beside the stake with the chain used to contain his pet hippogriff Buckbeak. In this way we present "Hagrid Deluxe Statue - Harry Potter - Art Scale 1/10" by Iron Studios.

Rubeus Hagrid, played by actor Robbie Coltrane, better known by his surname, "Hagrid", was a half-giant wizard, who in the past was a student at the Hogwarts School of Witchcraft and Wizardry, a member of Gryffindor. In his third year, he was found guilty of the crime of opening the Chamber of Secrets and releasing his pet achromatula that attacked several Muggle-born students which eventually resulted in the death of one of them. Although his wand was broken, and he was expelled, he was trained to be the game warden at Hogwarts and earned the right to live on the school grounds at the request of Albus Dumbledore. Hagrid was tasked with re-introducing Harry Potter to the wizarding world and he ended up becoming his friend and protector.