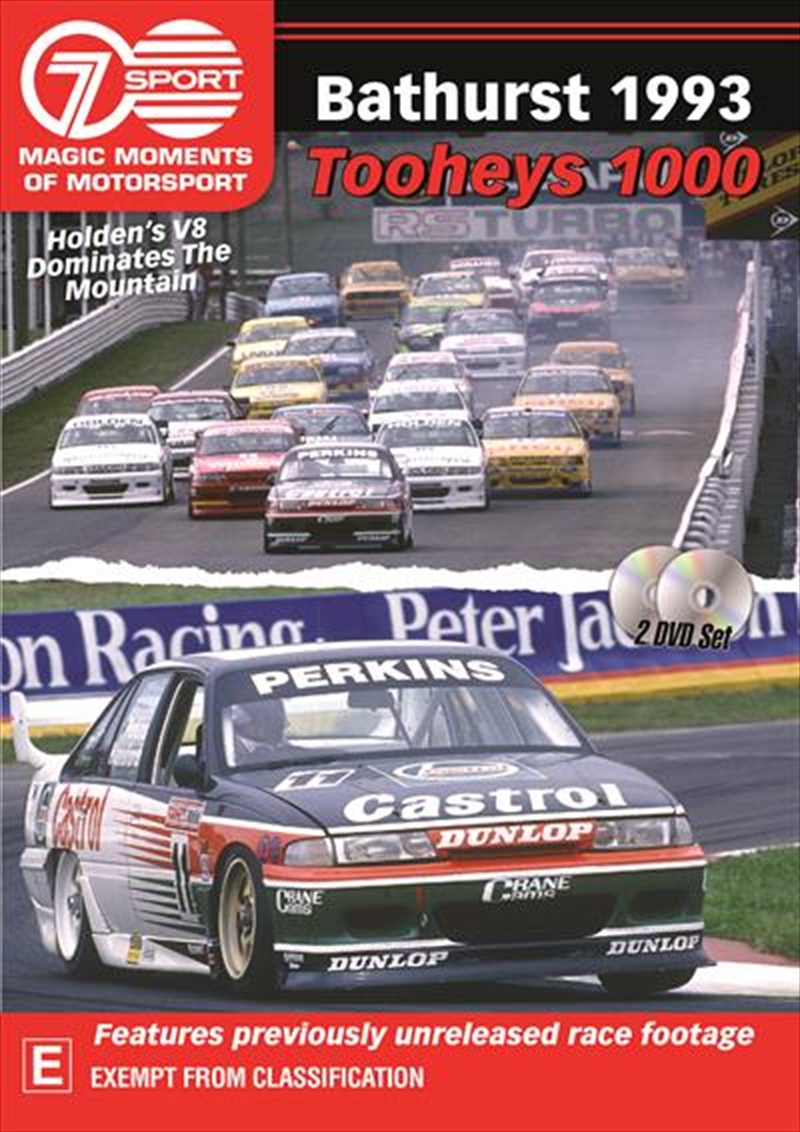 SEE MORE IN:
New Release DVD & Blu-ray New Release Movies Magic Moments Of Motorsport
DESCRIPTION
THE 1993 Tooheys 1000 at Mount Panorama, Bathurst remains a special race in the history of The Great Race with the full Seven Sport race day telecast released here for the first time as part of the popular Seven Sports Magic Moments of Motorsport DVD series. The first V8 era Bathurst 1000, the 1993 race pitted Holdens Commodore and Fords Falcon against one another in a classic Mountain fight in a field complete with BMW M3s left over from the Group A era and two-litre cars as well.Castrol ace Larry Perkins and the late Gregg Hansford engaged in an all-day battle with the Gibson Motorsport-run Commodore of Mark Skaife and Jim Richards, the result seeing LP claim his first of three Bathurst wins as owner/driver.The victory also marked a significant event in Bathurst 1000 history it was the last time a Holden V8 powered a Commodore to the win in Australias Great Race.A field of 45 cars lined up for the 93 Bathurst race, Commodores sealing the first five positions of the 23 cars that finished the 1000-kilometre classic.Included on this release is the full race day telecast, including the pre-race festivities, highlights of the Tooheys Top 10 Shootout, the HQ Holden support race and then the main course, the 161-lap race.
DETAILS