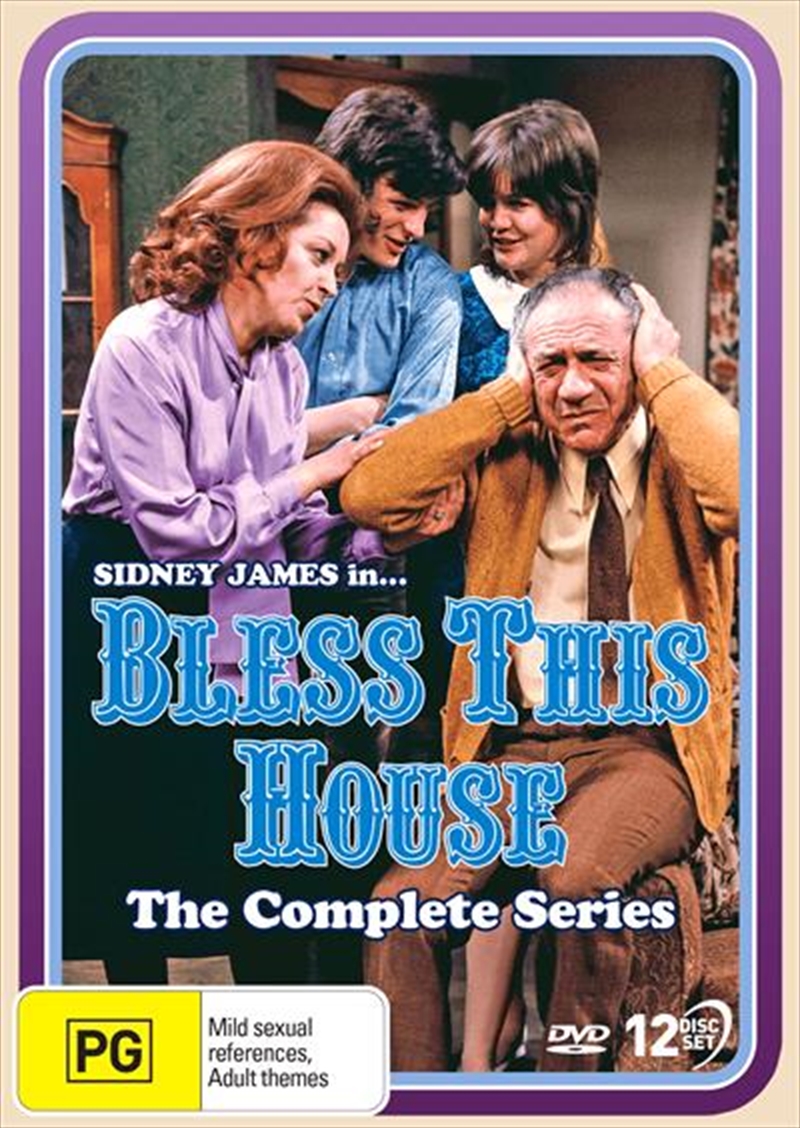 Shipping - See delivery options.
Postcode:
Quantity:
SEE MORE IN:
Up To 50% Off Boxsets Bingeworthy Boxsets
The incomparable Sid James stars as successful travelling stationery salesman and average family man Sid Abbott in this much-loved Thames Television comedy. Sid is a man who would give anything for a quiet life - his position as head of the chaotic Abbott household is constantly being eroded by the harassment and seemingly unreasonable demands made by his family - wife and sparring partner Jean, played superbly by Diana Coupland, groovy, art school dropout son Mike (Robin Stewart) and schoolgirl daughter Sally (Sally Geeson)). The sympathetic neighbours Betty (Patsy Rowlands) and Trevor are always on hand to make a bad situation worse... This generation-gap comedy, full of comic misunderstandings and mishaps, is directed and produced by William G. Stewart (Father Dear Father) and brought to life by a team of writers including Carla Lane (Butterflies) and series creators Vince Powell and Harry Driver (Love Thy Neighbour).