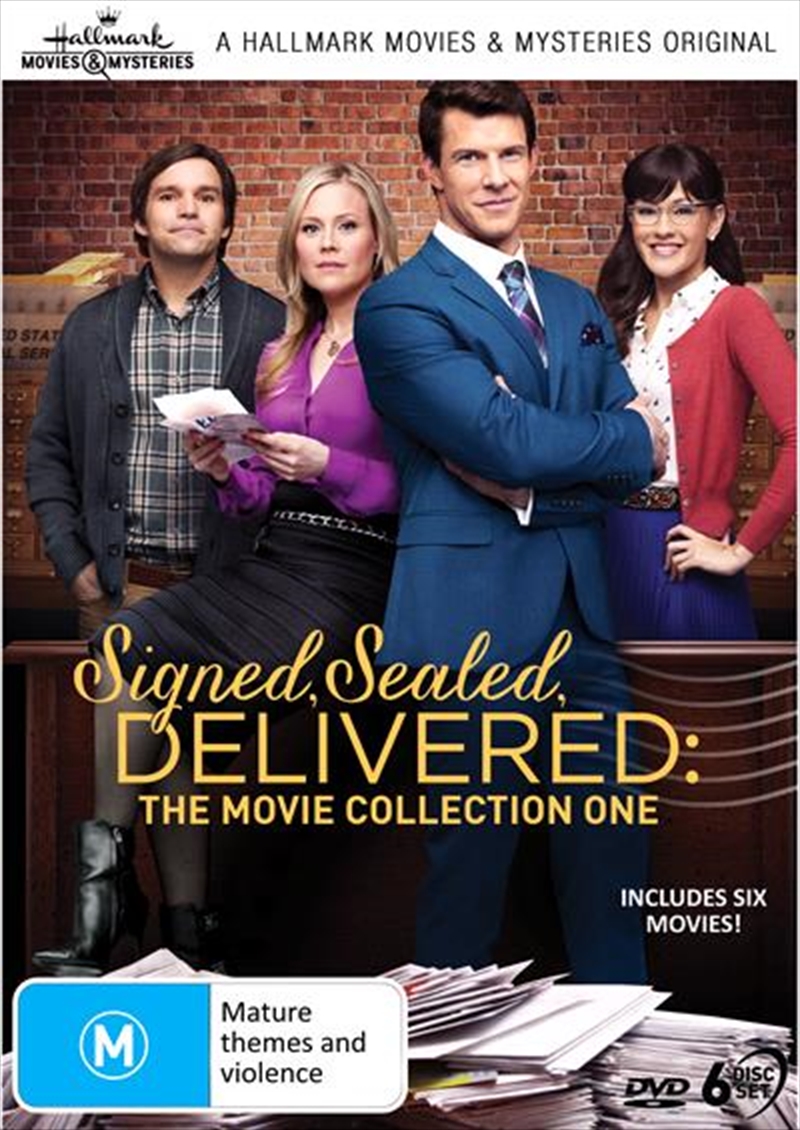 SEE MORE IN:
New Release DVD & Blu-ray New Release Movies
DESCRIPTION
Signed, Sealed, Delivered has a unique premise which focuses on a group of postal detectives. The tight-knit foursome work in the DLO (Dead Letter Office) of the Denver post office. They are assigned with the task of tracking down and delivering mail which is usually so damaged that the recipient is undecipherable. These assignments usually take them out of the office into the world at large and the mysteries they solve often relate to their own personal journeys. Sit back and enjoy these 6 often inspirational and often heart-warming stories as the postal detectives work to solve the mysteries behind undeliverable letters and packages from the past, delivering them when they are needed most. Movies Included: For Christmas (2104) From Paris With Love (2015) Truth Be Told (2015) The Impossible Dream (2015) From The Heart (2016) One in a Million (2016)
DETAILS