Lord Of The Rings Trilogy | UHD - Theatrical + Extended Edition, The 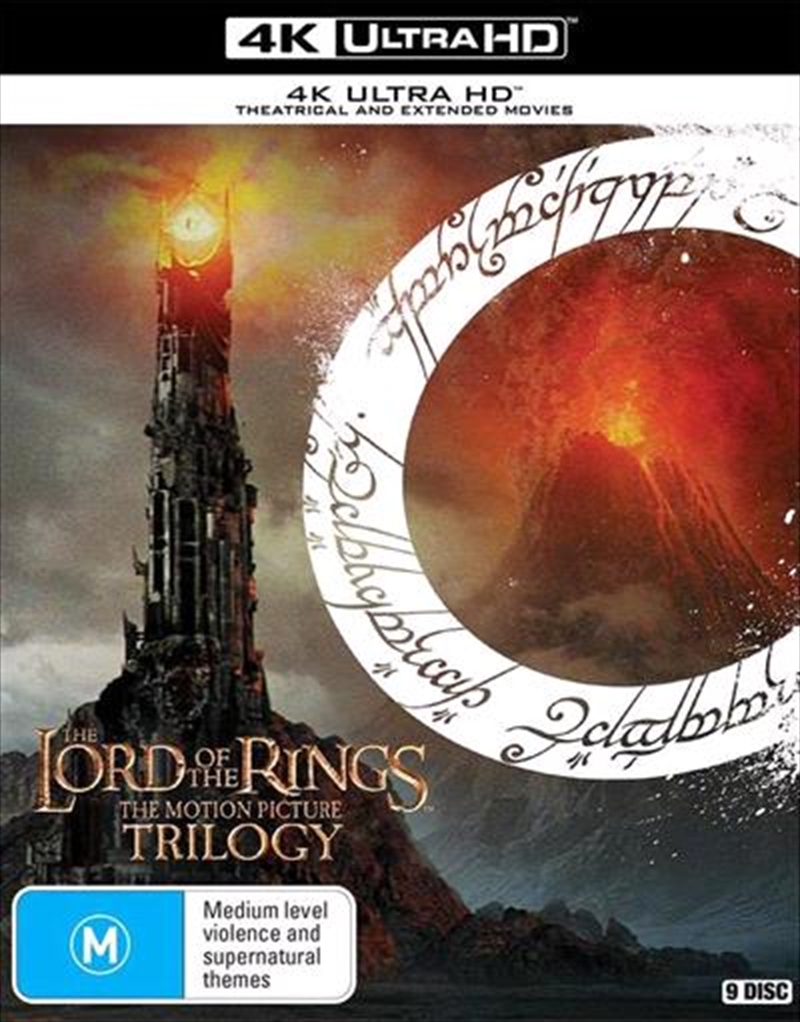 Lord Of The Rings Trilogy | UHD - Theatrical + Extended Edition, The

*Please note that all stock in stores is currently unavailable for Click and Collect.

All 3 stunning titles available together. Movies include:

1. The Lord of the Rings: The Fellowship of the Ring - In a small village in the Shire a young Hobbit named Frodo has been entrusted with an ancient Ring. Now he must embark on an Epic quest to the Cracks of Doom in order to destroy it.

2. The Lord of the Rings: The Two Towers - Frodo and Sam continue on to Mordor in their mission to destroy the One Ring. Whilst their former companions make new allies and launch an assault on Isengard.

3. The Lord of the Rings: The Return of the King - The former Fellowship of the Ring prepare for the final battle for Middle Earth, while Frodo & Sam approach Mount Doom to destroy the One Ring.