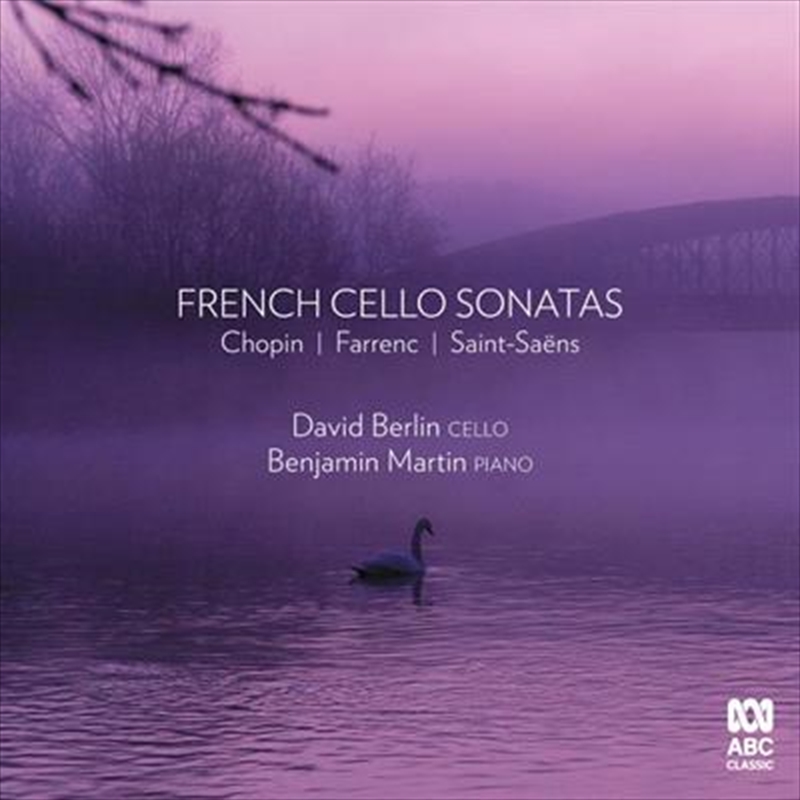 The cello's rich, singing tones are a perfect match for the passionate eloquence of the Romantic era. In the masterful hands of David Berlin, Principal Cellist of the Melbourne Symphony Orchestra, partnered by internationally acclaimed pianist Benjamin Martin, the cello reveals its sublime range of colours and timbres. This intimate album presents radiant music for cello and piano from three masters of the French Romantic: the lyrical beauty of Chopin, the elemental power of Saint-Saëns, and serene elegance from Louise Farrenc.

Frédéric Chopin is best known for his piano music, but his poetic genius also drew him inexorably to the cello. Chief among these is his Cello Sonata in G minor, an intense emotional journey that ranges from poignant melancholy to dancing elation and hope, via a dream-like nocturne of exquisite calm.

Louise Farrenc was a leading light in the musical landscape of 19th-century France. Celebrated during her lifetime as a composer, pianist and teacher, her music is now being rediscovered by new generations of music lovers. Her Cello Sonata blends Classical refinement and subtlety with striking harmonic textures and sparkling virtuosity.

The almost ferocious energy of Saint-Saëns' First Cello Sonata has more than a hint of Beethoven in the drama and declamatory power of its opening movement, but the clouds give way to pure sunshine for the middle movement before the tempestuous finale.

The album closes with one of the best-loved cello melodies of all time: The Swan, from Saint-Saëns' Carnival of the Animals. The cello's lyrical line, gliding gracefully over the rippling harmonies of the piano, is the essence of tranquillity.