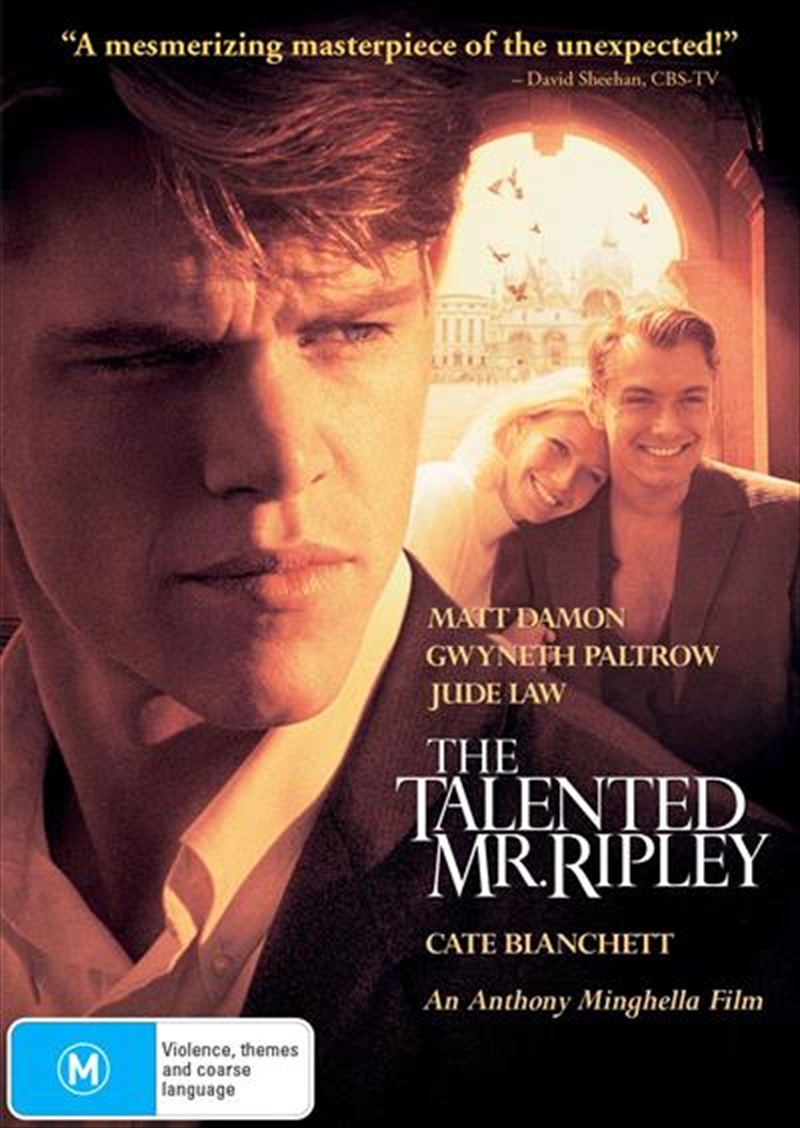 Shipping - See delivery options.
Postcode:
Quantity:
SEE MORE IN:
3 for $20 Movies & More
In late 1950s New York, Tom Ripley, a young underachiever, is sent to Italy to retrieve Dickie Greenleaf, a rich and spoiled millionaire playboy. But when the errand fails, Ripley takes extreme measures. It's better to be a fake somebody than a real nobody. That's how working class struggler, Tom Ripley (Matt Damon), feels. So when a wealthy shipping magnate mistakes him for an Ivy league classmate of his son, Dickie (1999 Academy Award nominee, Jude Law), Tom allows him to believe it. Dickie's father then has a proposal for Tom: bring his wild playboy son back from Southern Italy and he will be paid handsomely, It is an offer someone like Tom could not refuse. And so the wheels of deception start rolling. Tom finds and befriends Dickie and his gorgeous girlfriend, Marge (Gwyneth Paltrow) who are unaware of his false identity or his motives...and they also never suspect the dangerous extremes to which Ripley will go, to make their lifestyle his own.