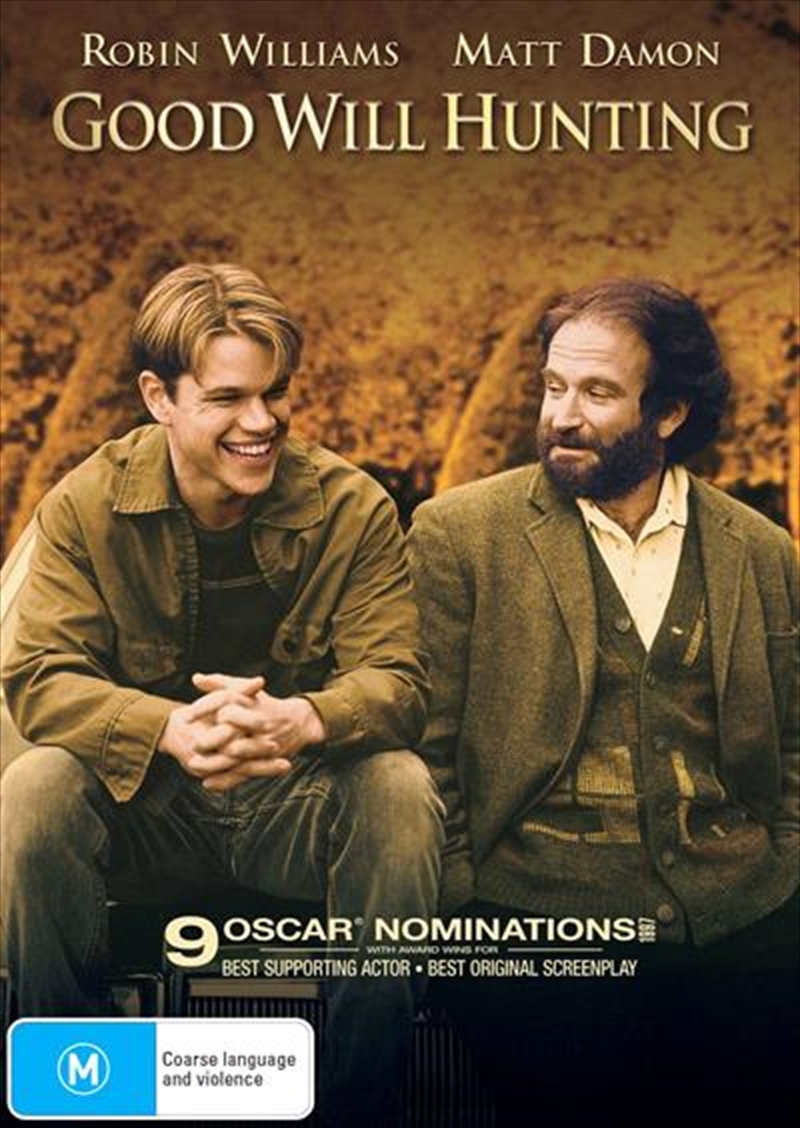 SEE MORE IN:
New Release DVD & Blu-ray 3 For $30 Movies & More New Release Movies 100 Greatest Movies Of All Time
DESCRIPTION
Some people can never believe in themselves, until someone believes in them.

Will Hunting, a janitor at M.I.T., has a gift for mathematics, but needs help from a psychologist to find direction in his life. Like his friends in down-town, working-class South Boston, Will Hunting spends his days between menial jobs, street brawling and stints at the local bar. Yet, he can summon obscure historical references from his photographic memory and solve mathematical problems that have stumped Nobel Prize winning professors. But the one thing Will Hunting can not do is talk his way out of a pending jail term and only one man is capable of rescuing Will from complete self destruction. Featuring Robin Williams in the role that won him an Academy Award and written by and starring Oscar winners Matt Damon and Ben Affleck, Good Will Hunting is an astonishing tale that fills the senses with a fresh, raw energy and heart-felt emotion.
TRAILER
DETAILS