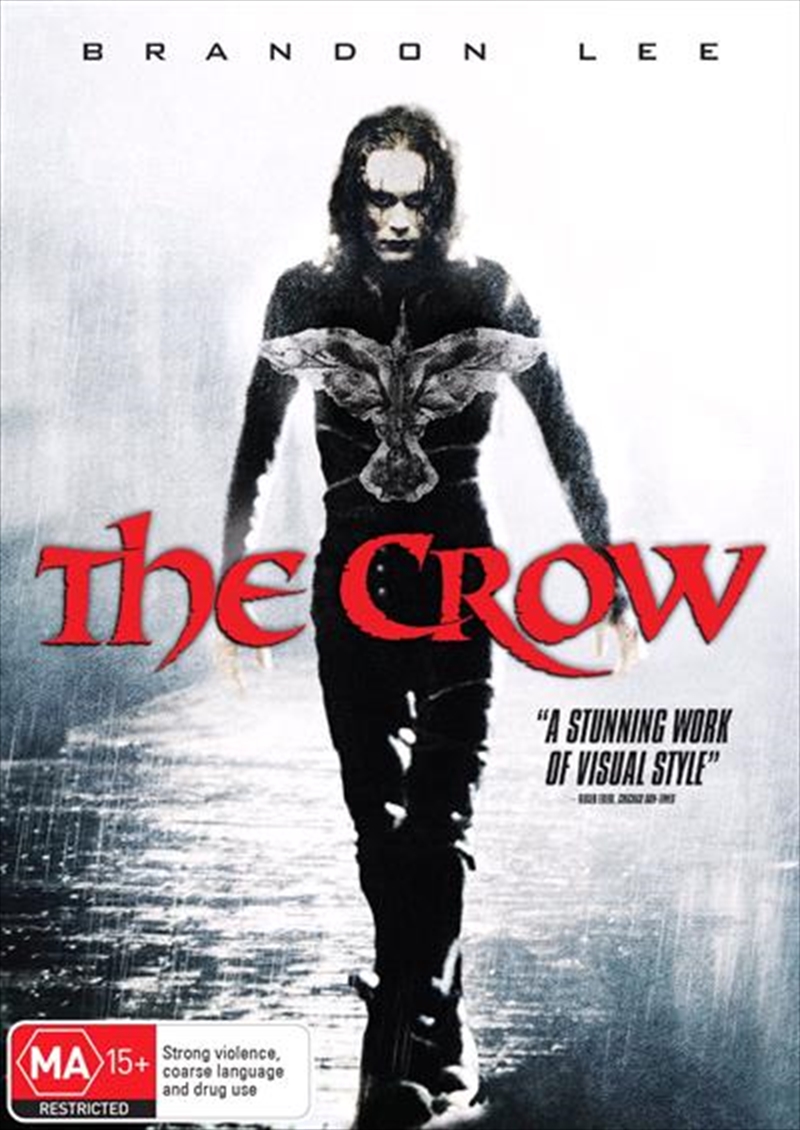 SEE MORE IN:
New Release DVD & Blu-ray 3 For $30 Movies & More New Release Movies
DESCRIPTION
A man brutally murdered comes back to life as an undead avenger of his and his fiance's murder. The legend tells that when a soul cant rest, a crow can bring that soul back from the dead, to seek justice and make the wrong things right. A superhuman mystical hero returns from the grave to exact revenge on the killers of his fiance and himself on the eve of their wedding. The late Brandon Lee, who lost his life bringing this classic to the screen, stars as the one man chosen to protect the innocent in a world without justice. Taking his lead from the images and characters created in the original comic book series by James O'Barr director Alex Proyas brings this pulsating and hypnotic fantasy to the screen with mind-numbing effects, awesome action and a dark, cyber-punk setting that will leave you gasping. Featuring an unforgettable soundtrack with tracks by The Cure, Violent Femmes, Jesus and Mary Chain, Rollins Band and Stone Temple Pilots.
DETAILS