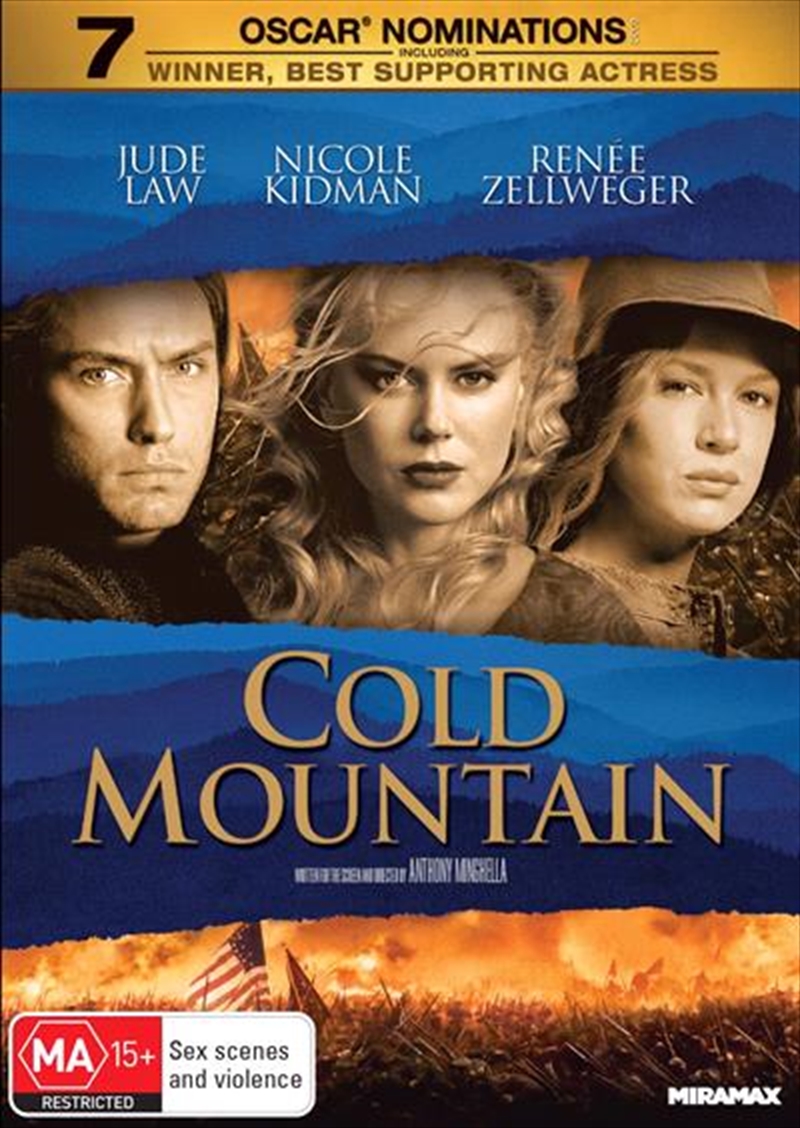 SEE MORE IN:
New Release DVD & Blu-ray 3 For $30 Movies & More Valentines Day Gift Ideas New Release Movies
DESCRIPTION
In the waning days of the American Civil War, a wounded soldier embarks on a perilous journey back home to Cold Mountain, North Carolina to reunite with his sweetheart. Cold Mountain tells the story of a wounded Confederate soldier named Inman (Jude Law)who struggles on a perilous journey to get back home to Cold Mountain, N.C. as well as to Ada (Nicole Kidman), the woman he left behind before going off to fight in the Civil War. Along the way, he meets a long line of interesting and colorful characters, while back at home, Ada is learning the ropes of managing her deceased father's farm with Ruby (Renee Zellweger), a scrappy drifter who assists and teaches Ada along the way.
TRAILER
DETAILS