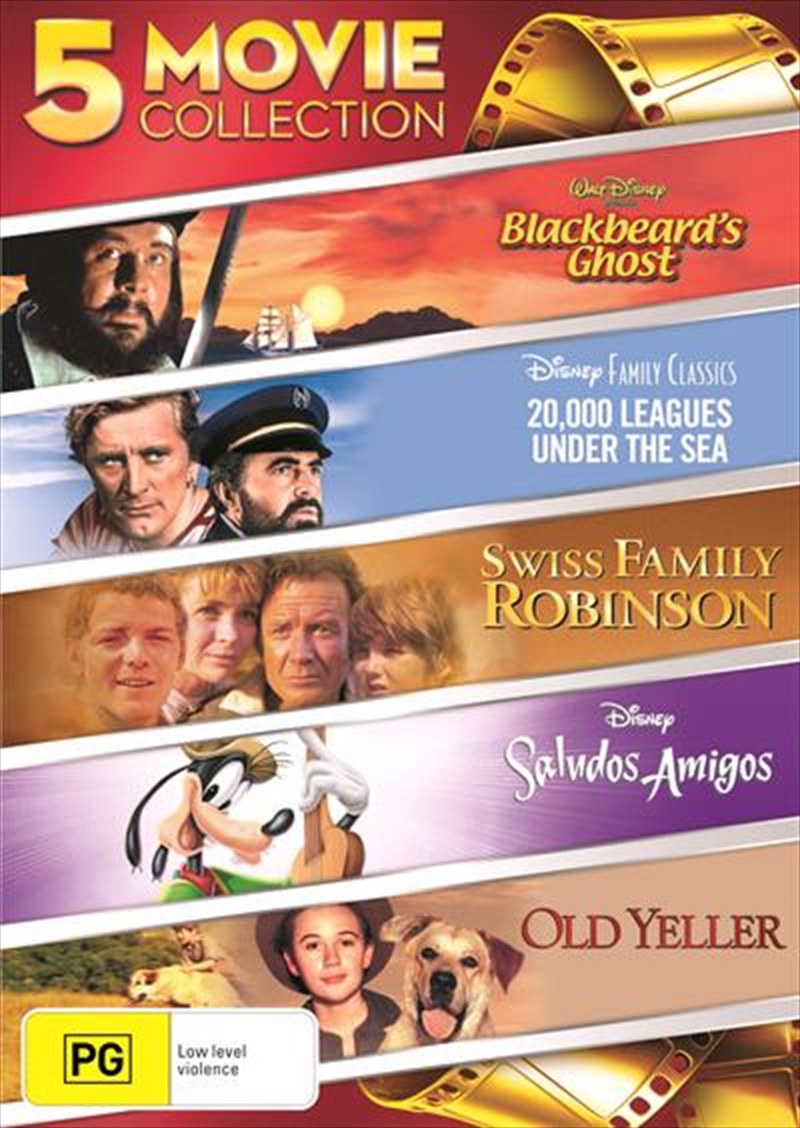 Shipping - See delivery options.
Postcode:
Quantity:
SEE MORE IN:
2 for $40 Movies Movie Collections
Blackbeard's Ghost - After accidentally reciting some magic words, track coach Steve Walker (Dean Jones) summons the ghost of the dreaded pirate Blackbeard (Peter Ustinov). The spirit explains to Steve that he was cursed by his wife to roam the Earth until he performs one good deed. Since Steve is the only one who can hear or see Blackbeard, he has no choice but to aid him in his task. Together, they help Professor Backer (Suzanne Pleshette) stop a gang of crooks from taking over an inn for the elderly.
20,000 Leagues Under the Sea - In 1866, Professor Pierre M. Aronnax (Paul Lukas) and his assistant Conseil (Peter Lorre), stranded in San Francisco by reports of a giant sea monster attacking ships in the Pacific Ocean, are invited to join an expedition to search for the creature. During the search, they and harpooner Ned Land (Kirk Douglas) are thrown overboard during an attack, eventually discovering that the supposed monster is actually a submarine piloted by the brilliant but haunted Captain Nemo (James Mason).
Swiss Family Robinson - In this family film, the Robinson clan -- mother (Dorothy McGuire), father (John Mills) and their three sons, Fritz, Ernst and Francis -- flee the reign of Napoleon to start afresh in New Guinea. When their ship gets damaged en route, the family takes refuge on a deserted island. The Robinsons learn to live in the wild, have various adventures and build an impressive house in a tree. However, while island life is full excitement, the question of whether to return to civilization looms.
Saludo Amigo - After a live action sequence in which Walt Disney himself gives a tour of his animation studios in California, the action shifts to South America where a collection of both stock and new characters appear in a series of shorts. In one segment, Donald Duck (Clarence Nash) attempts to navigate Lake Titicaca with an uncooperative llama, and in another, a brave little airplane crosses the dangerous Andes. Meanwhile, Goofy (Pinto Colvig) tries to act like a local in the Pampas.
Old Yeller - Travis finds and tries to drive away Old Yeller, a stray dog, while working on the cornfields. But when he saves Arliss, Travis's young brother, from a wild bear, he decides to adopt him.