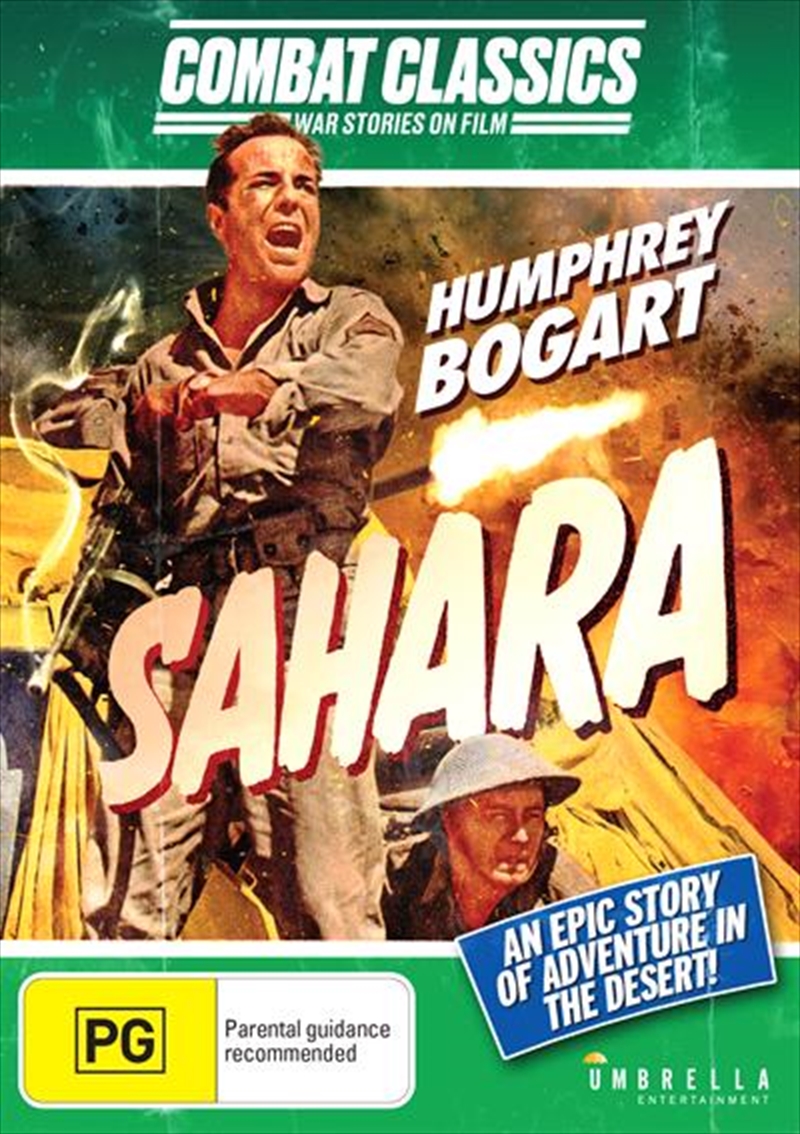 There's plenty of top-notch, explosive action in this 1943 "Bogie" classic about a ragtag battalion stranded in the great African desert during World War II. After the fall of the Libyan city of Tobruk, Sergeant Joe Gunn (Humphrey Bogart) and his crew - 'Waco' Hoyt (Bruce Bennet), Fred Clarkson (Lloyd Bridges) and Jimmy Doyle (Dan Duryea) - retreat in their tank across the Sahara. Along the way they pick up six Allied stragglers and Tambul (Rex Ingram), a Sudanese corporal, and his Italian prisoner. Tambul directs the group to a desert fortress, where they hope to find desperately needed water. A detachment of German soldiers arrives and attempts to barter food for water, but Gunn and his followers refuse. When the Germans attack, Gunn leads his desert-weary men in a desperate battle, hoping that British reinforcements can arrive in time.
DETAILS