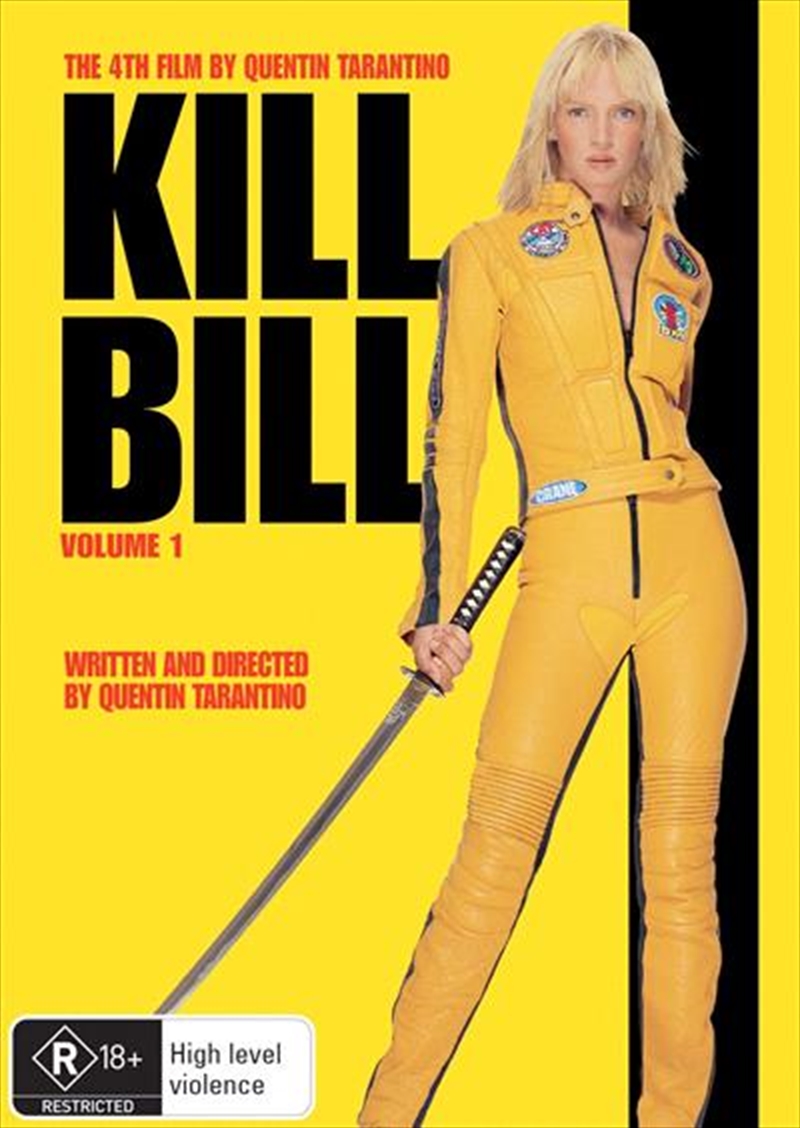 100 Greatest Movies Of All Time

DESCRIPTION
In the year 2003, Uma Thurman will kill Bill

A female assassin attacked on her wedding day and left for dead by her group leader/ex-lover, Bill, wakes up four years later from a coma and seeks revenge against him and his team of murderous assasins. The acclaimed fourth film from groundbreaking writer and director Quentin Tarantino (Pulp Fiction, Jackie Brown), Kill Bill Volume 1 stars Uma Thurman (Pulp Fiction, Batman & Robin), Lucy Liu (Charlies's Angels, Chicago) and Vivica A. Fox (Boat Trip) in an astonishing, action-packed thriller about brutal betrayal and an epic vendetta! Four years after taking a bullet in the head at her own wedding, the bride (Thurman) emerges from a coma and decides it's time for payback...with a vengeance! Having been gunned down by her former boss (David Carradine) and his deadly squad of international assassins, it's a kill-or-be-killed fight she didn't start but is determined to finish! Loaded with explosive action and outrageous humour, it's a must-see motion picture event that had critics everywhere raving!
TRAILER
DETAILS