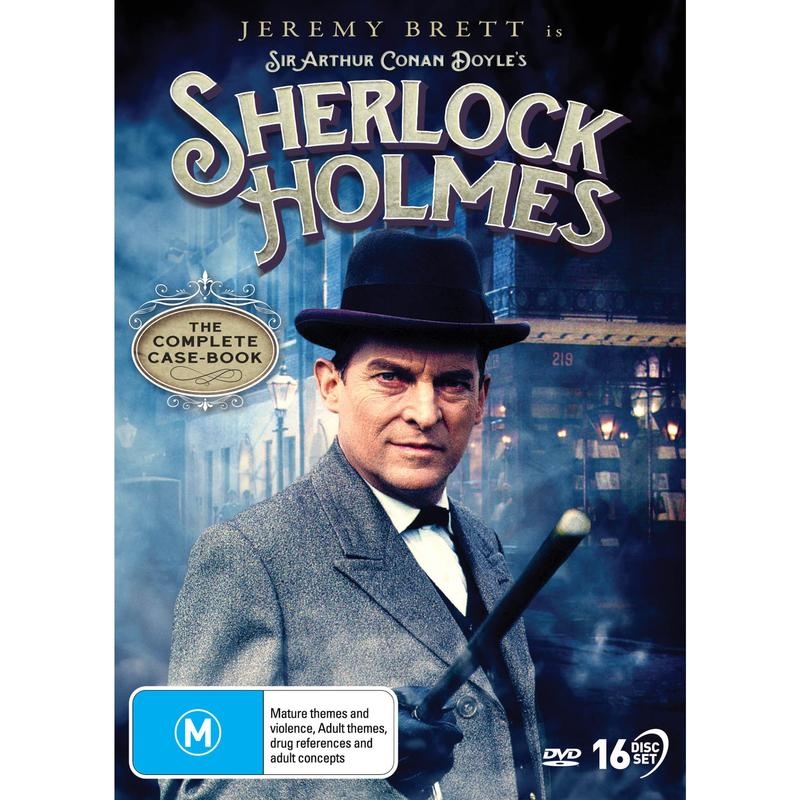 Sherlock Holmes, the creation of novelist Sir Arthur Conan Doyle, is one of the world's greatest and most popular fictional detectives, as famous for his deerstalker and pipe as his legendary powers of observation and deduction. He is an aloof and private man driven by a fierce intellect that gives him astounding brilliance and unfathomable eccentricity in equal measure. The late Jeremy Brett, the definitive Holmes, stars in these beautiful adaptations taken from the classic ITV series and as ever Dr Watson is on hand as his indispensable assistant.
Featuring guests appearances from stars such as John Thaw (Inspector Morse); Robert Hardy (Harry Potter and the Chamber of Secrets); Natasha Richardson (Maid in Manhattan); Joss Ackland (Lethal Weapon 2); Peter Vaughan (Remains of the Day), Peter Wyngarde (Jason King) and many more.
This 16 disc boxset contains the entire Sherlock Holmes series including:
The Adventures of Sherlock Holmes
The Return of Sherlock Holmes
The Case-Book of Sherlock Holmes
The Memoirs of Sherlock Holmes