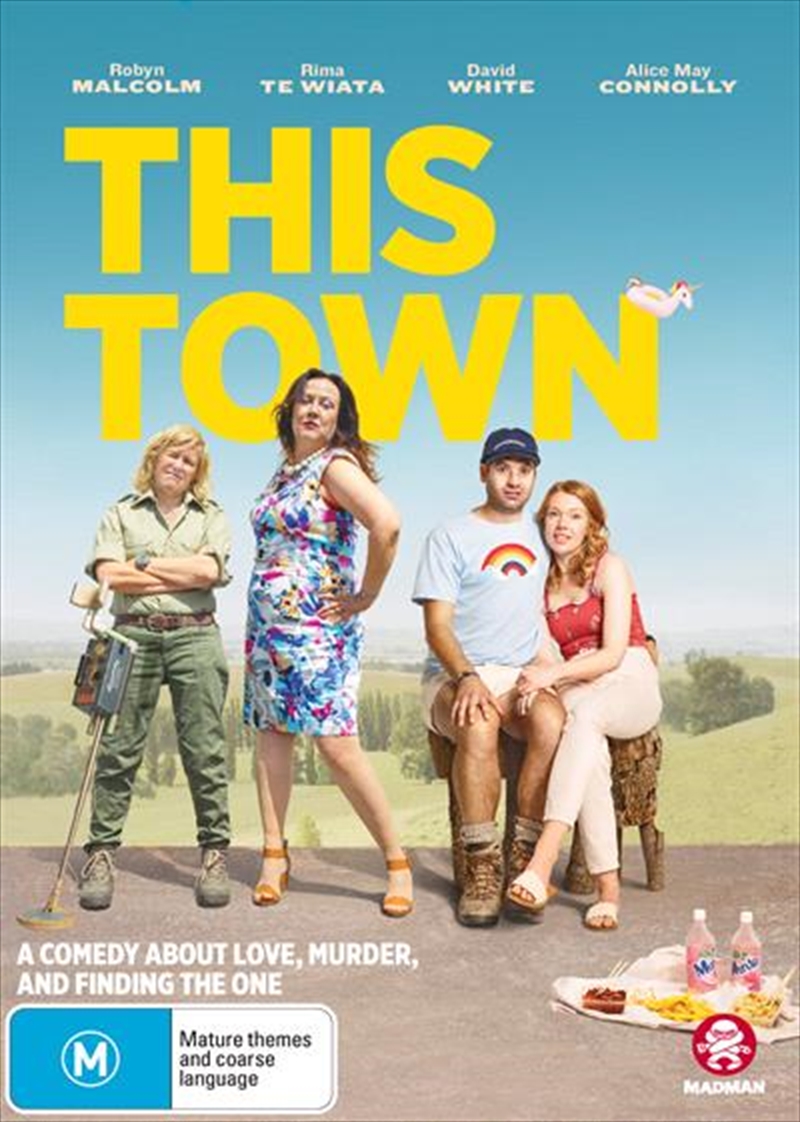 Shipping - See delivery options.
Postcode:
Quantity:
SEE MORE IN:
2 for $20 Movies & More
A comedy about love, murder, and finding the one

Acquitted of a crime, Sean is a young man trying to rebuild his life. Pam, an ex-cop turned Petting Zoo and Adventure Park owner is convinced of his murderous tendencies and will do anything to prove his guilt. Five years on from the crime, Sean starts where any millennial would with online dating. He meets Casey, a quirky young woman who believes in his innocence. Together they push the limits of love after murder, but with every step forward Pam is trying to pull them back, well, after feeding the Alpacas. Charting the sublimely awkward aftermath of a small town tragedy, THIS TOWN is a touchingly twisted comedy about finding love when your world is against you.