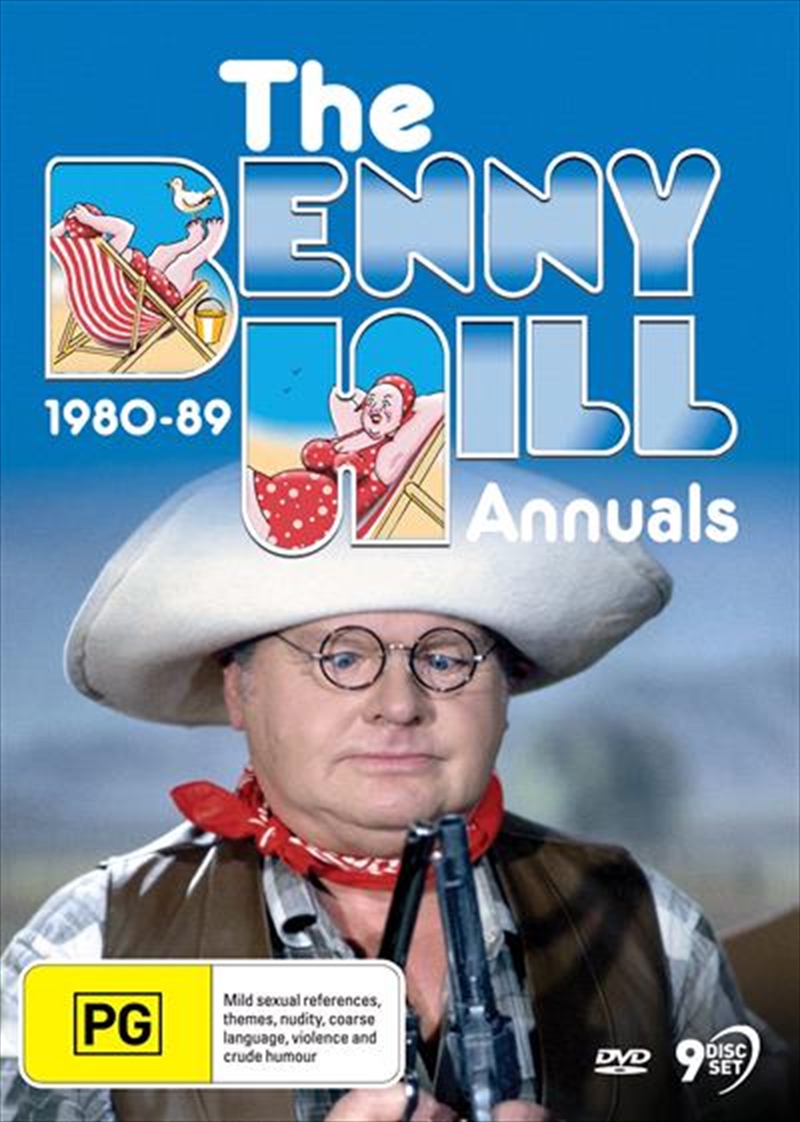 Join comedy superstar Benny Hill in all of the classic shows he made for Thames Television throughout the 1980s! Known throughout the world for his combination of high-speed farce, risque jokes and gorgeous ladies, it is these shows - made for Thames Television - that turned him into a global household name. This set features some of Bennys most famous characters, including the unforgettable Fred Scuttle - who gets his very own TV channel, 'Scuttlevision' - and Mr. Chow Mein, whose varied roles include butler and choreographer of the Chinese Opera Company. You can also experience investigative journalism at its best with 'The Crook Report', enjoy Benny's innovative production of Carmen and a very strange version of the Monte Carlo Show, and meet an entire Dynasty of characters oddly resembling The Lad Himself! With every show a critically acclaimed ratings topper its no surprise that The Benny Hill Show was one of the most successful programmes ever screened on British television. So join Benny, the ladies and his trio of hopeless helpers (Henry McGee, Bob Todd and Jackie Wright) in an entire decades worth of mirth from the 1980s (bar 1987, as there were no shows that year).
DETAILS