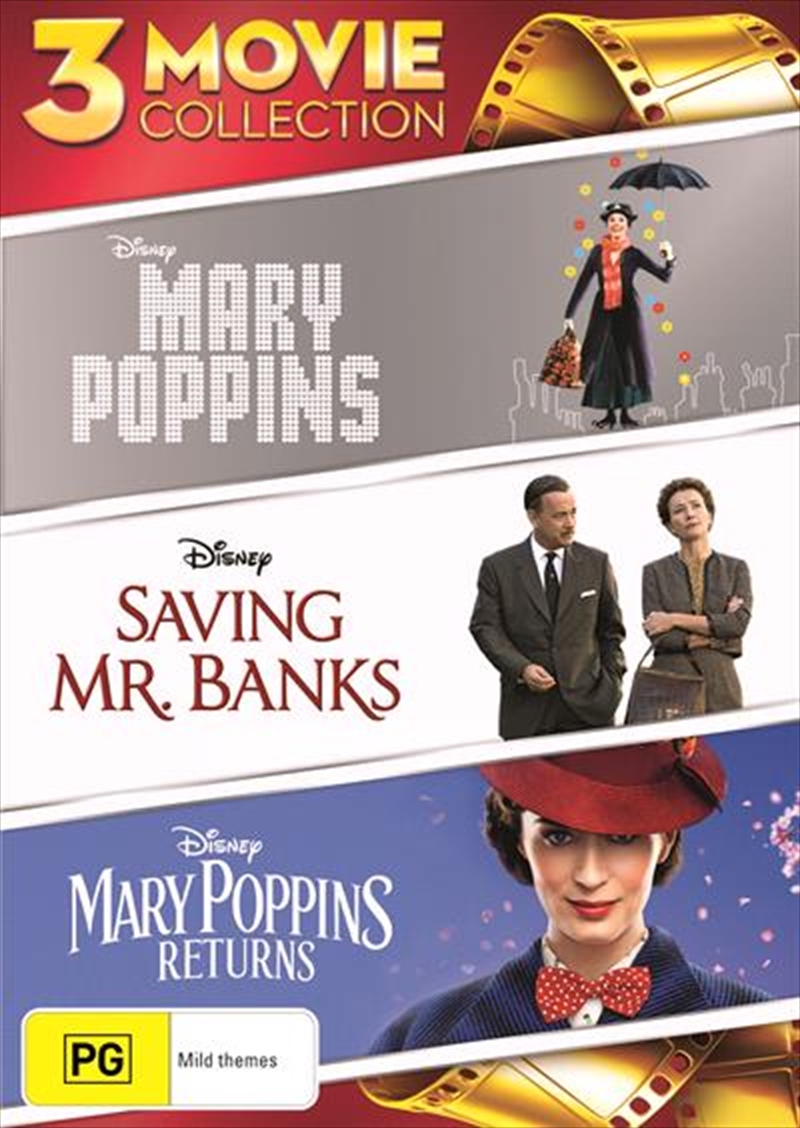 Shipping - See delivery options.
Postcode:
Quantity:
SEE MORE IN:
Up To 50% Off Boxsets Mary Poppins Bingeworthy Boxsets Movie Collections
DESCRIPTION
Contains:
1. Mary Poppins - Join the practically perfect Mary Poppins (Julie Andrews) for a Jolly Holiday as she magically turns every chore into a game and every day into a whimsical adventure. Along the way, you'll be enchanted by unforgettable characters such as the multi-talented chimney sweep Bert (Dick Van Dyke).
2. Saving Mr Banks - When Walt Disney's daughters begged him to make a movie of their favourite book, P.L. Travers Mary Poppins, he made them a promise one that he didn't realize would take 20 years to keep.
Mary Poppins Returns - Now an adult with three children, bank teller Michael Banks learns that his house will be repossessed in five days unless he can pay back a loan.
DETAILS