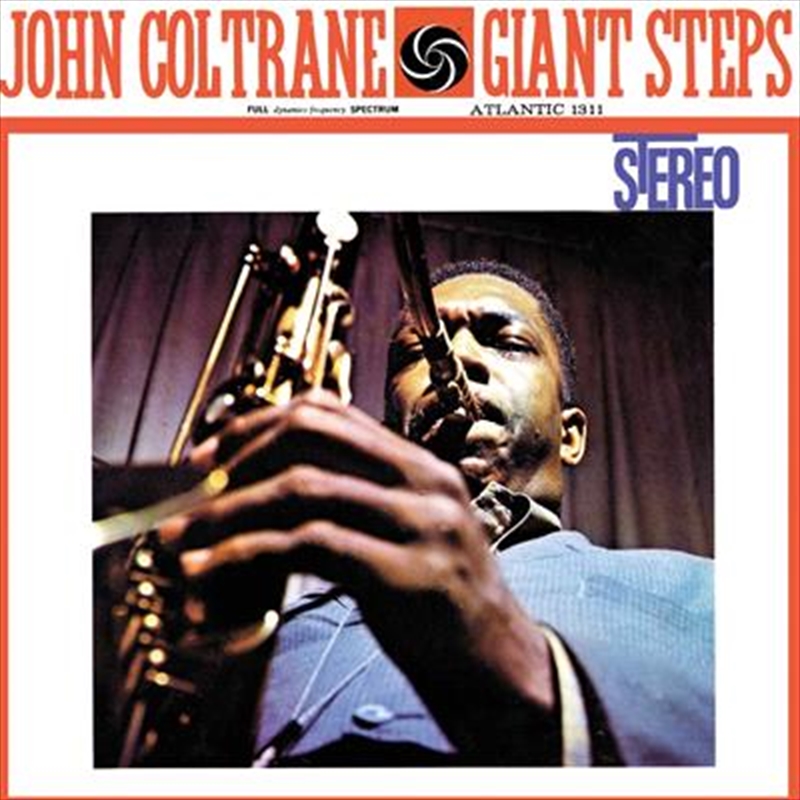 Giant Steps: 60th Anniversary Deluxe Edition will be available as a 180-gram double-LP set and as a double-CD set. Both versions include the newly remastered version of the original album plus eight alternate takes.

The recordings come packaged in a replica of the original sleeve and labels used for the album's first stereo pressing, and the packages, each with a booklet, include photos, never-before-seen images of Atlantic Records ephemera, original liner notes, and new liner notes written by Grammy®-winning music historian, Ashley Kahn.

Giant Steps was recorded in 1959 at Atlantic Studios in New York City. The album features Coltrane on tenor saxophone, Paul Chambers on double bass, Tommy Flanagan on piano, and Art Taylor on drums on all songs except for "Naima," which features Jimmy Cobb on drums and Wynton Kelly on piano. It's extraordinary to note that Coltrane began principal recording sessions for Giant Steps less than two weeks after finishing his work with Miles Davis on Kind of Blue, which became the best-selling jazz album in history.

Considered a landmark in modern jazz improvisation, Giant Steps earned a rare honor in 2004 when the album was selected by the Library of Congress for inclusion in the National Recording Registry. It is well known for Coltrane's exploration into third-related chord movements, which are now known as 'Coltrane changes.' Several compositions on the album have become jazz standards, including the ballad "Naima" (named for his wife) and the title track.

In the new liner notes that accompany the vinyl and CD sets, Kahn details the album's origins and eloquently writes about its lasting impact, while interweaving quotes and commentary from Coltrane's peers, critics, and family. "And yet…Giant Steps is Exhibit A of how Coltrane's obsession with the inner mechanics of music could not—and did not—impede his lyrical priority as a soloist, nor his compositional knack for inventing memorable, deeply entrancing melodies, says Kahn.

"It never trips over its own intricacies, never loses sight that it is indeed music. The title track connects with an altogether hip, finger-snapping affect. "Cousin Mary" is a marvel of blues simplicity and smoky, late-night vibe; "Mr. P. C." a burner fired by a toe-curling, R&B feel. "Naima" stands as one of Coltrane's most wistful romantic statements, and "Syeeda's Song Flute" one of his most playful. "Countdown" is a dizzying slalom down a mountainside, while "Spiral" thrills with a more relaxed energy, a gear-shifting exercise."

"'People like to talk about Giant Steps as a test for young horn players and how he's breaking new ground with some of the pieces,' says Ravi Coltrane, son of John, who was born in 1965 and grew up in Southern California and is one of many reed players who have spent countless hours with the music. "'But it's the accessibility that stands out for me. The accessibility, despite how challenging some of the material is. It's still all very listenable and very joyful. John's music is a joy to study and to play. It's a joy to listen to.'"

Kahn concludes, "It remains one of the most talked-about albums of the modern era, a set of music all should have and absorb. It is music that has lived up to the grandiosity of its title: the first, yet not final, of John Coltrane's fully realized statements, a point along a comet-like path of creative genius, an indelible marker on the timeline of popular music. It is a jazz classic recognized far beyond jazz circles. What more could a true artist hope to achieve?"