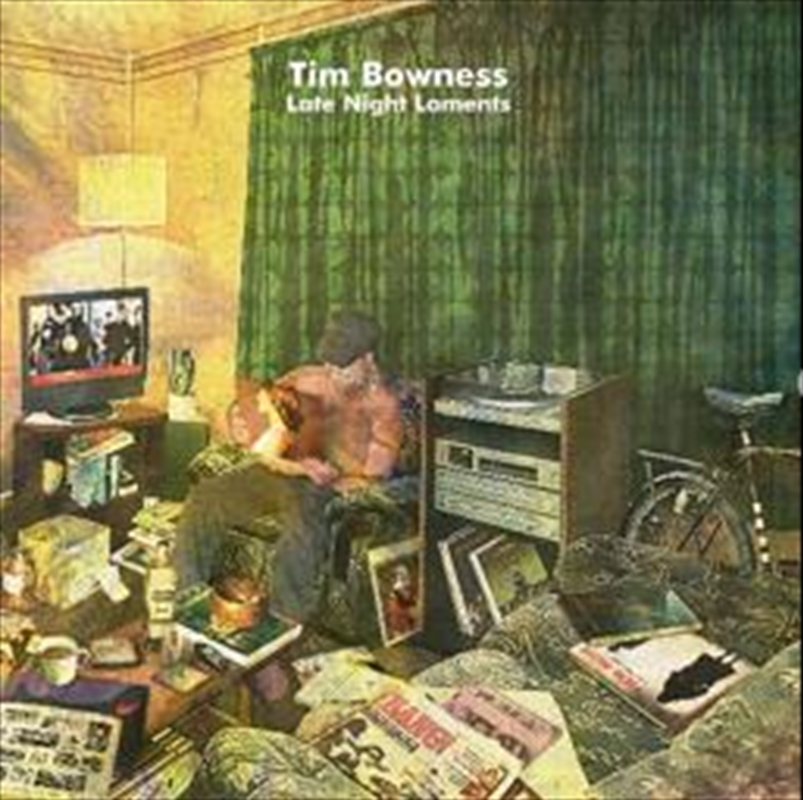 Tim Bowness is primarily known as vocalist/co-writer with the band no-man, a long-running collaboration with Steven Wilson, with whom he also the co-hosts The Album Years, which has reached the Top 5 Music Podcast charts in over 25 countries (#1 in 10) in 2020.

His recent quartet of solo releases on InsideOutMusic/Sony have entered the official UK Top 5 Rock, Progressive, and Vinyl charts, as well as the official Scottish charts.

His most recent work is “Late Night Laments” (also released as a two-disc special edition with five additional tracks), a collection of lush, atmospheric songs with a wide lyrical scope marking the most intimate yet universal of Tim Bowness’s solo releases.

4. We Caught The Light

5. The Hitman Who Missed

3. Beyond The Firing Line

4. Cheerleader For The Damned