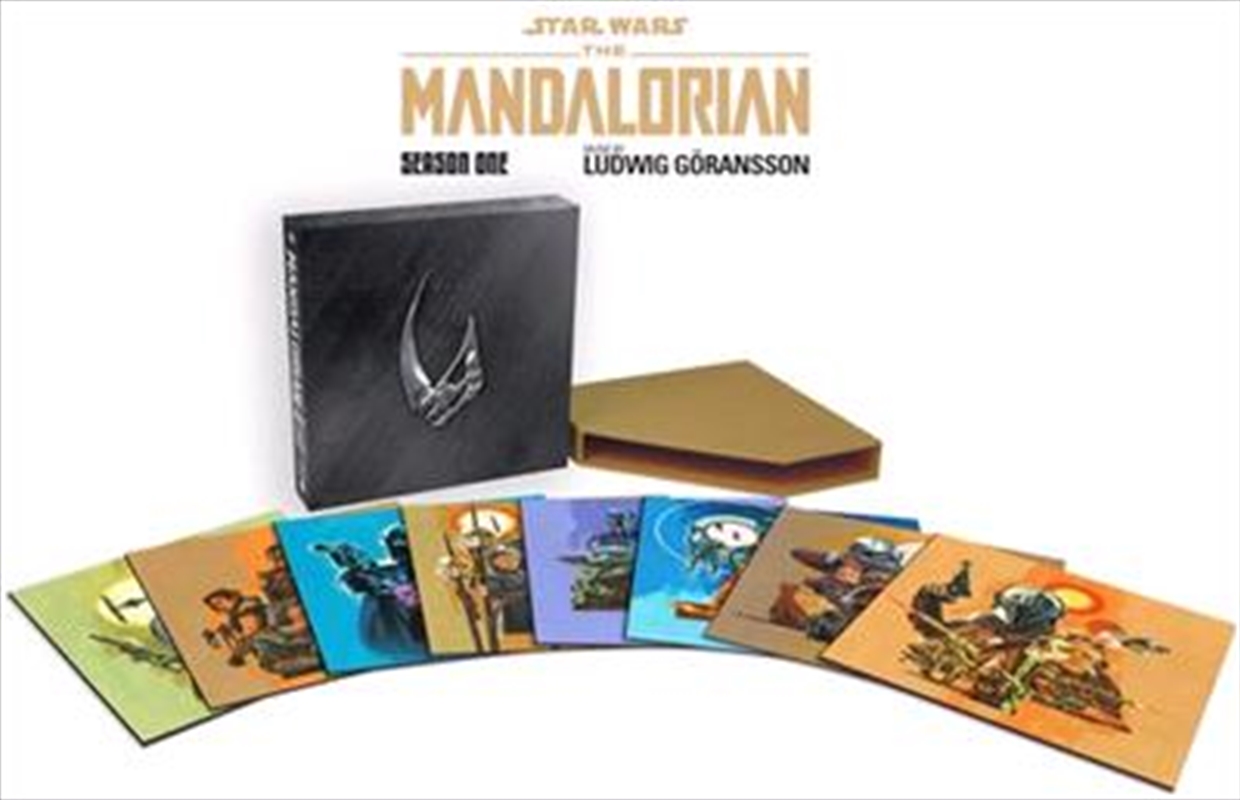 Mondo, in conjunction with Walt Disney Records, is proud to present the premiere physical release of Ludwig Goransson's complete Season One soundtrack to The Mandalorian as an 8XLP Box Set.

This limited edition, one time pressing features music from all eight episodes, each pressed on their own 180 Gram vinyl disc, with original artwork by Paul Mann, and housed in a heavy-duty slipcase adorned with Mando's mudhorn Signet.

Limited to 3,500 Units worldwide & 20 COPIES ONLY for Australia.

"It's no longer a secret that Ludwig Goransson is the most talented and exciting person working in film and television music right now," says Mo Shafeek, Mondo Creative Director of Music. "But what goes unspoken is his chameleon-like ability to play within multiple genres, even within single cues of his songwriting for the screen.
His music for films like Creed and Black Panther showcase not only his collaborative nature but also his relationship to pop and hip hop, as well as blending untraditional instrumentation with traditional orchestras."
"His score for The Mandalorian is similarly masterful in its ability to be wildly experimental while never feeling out of place - like a synth spaghetti western score that feels inspired in equal parts to Ennio Morricone, John Williams and Hans Zimmer, while also never feeling like a pastiche. We are honored to be the home for this complete score."

Pressed on 180 Gram Vinyl with artwork by Paul Mann

6. You Are a Mandalorian

43. Greatest Warriors in the Galaxy

66. What Remains in the Tunnels