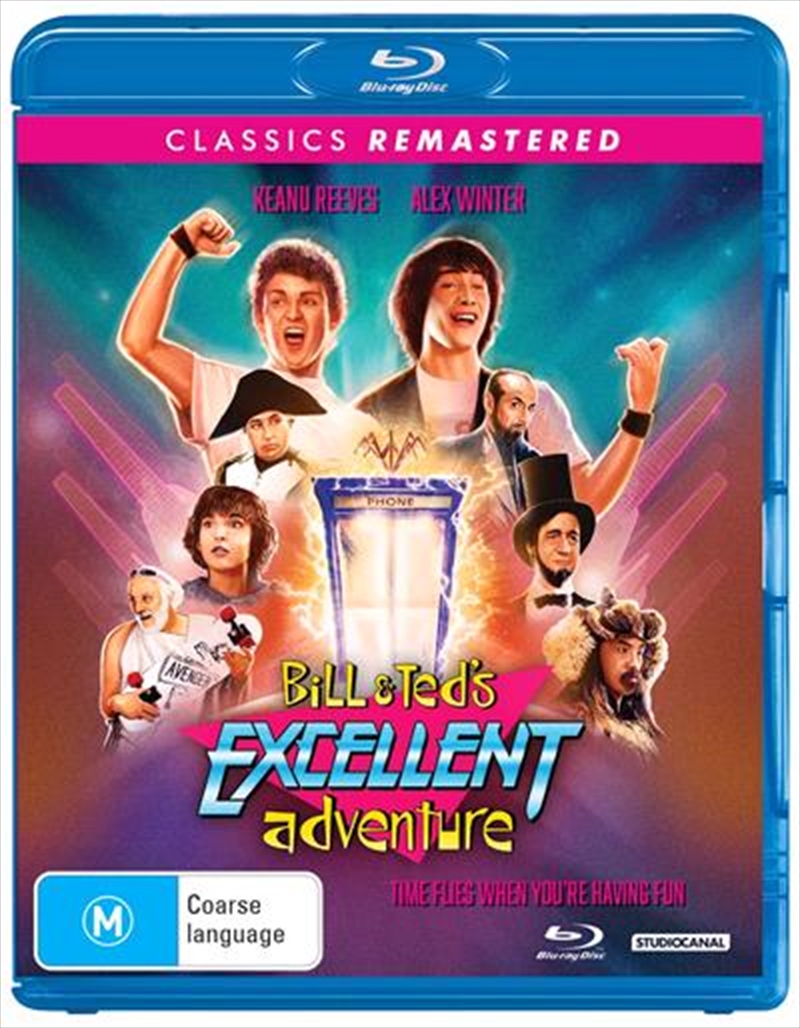 History is about to be rewritten by two guys who can't spell...

Two seemingly dumb teens set off on a quest to prepare the ultimate historical presentation with the help of a time machine. Bill and Ted are high school buddies starting a band. They are also about to fail their history class - which means Ted would be sent to military school - but receive help from Rufus, a traveller from a future where their band is the foundation for a perfect society. With the use of Rufus' time machine, Bill and Ted travel to various points in history, returning with important figures to help them complete their final history presentation.


One of Hollywood’s most iconic duos. Bill S. Preston Esquire (played by Alex Winter) & Ted Theodore Logan (Played by Keanu Reeves) have conquered time and cheated death. In 2020 they experienced a renascence with a new outing ‘Bill & Ted: Face The Music’ (coming to Blu-Ray this December). Near 30 years in the making! But in the month of November, we aren’t talking about their new outing, I am talking about the original classic ‘Bill & Ted’s Excellent Adventure’ which has been re-released on glorious 4K UHD. The original film follows our titular heroes Bill & Ted as they journey through time, quite literally to complete their history essay's, so that ted doesn’t get sent away to Military school. Along their journeys, ‘The Wild Stallions’ (the name of the duos band), they find out that they are a lot more important in the Universe’s grand scheme of things. This film has remained one of my favourite comedies of all time and now I can experience the film in 4K, I love it all the more.
‘Bill & Ted’s Excellent Adventure’ is a simple comedy, but it’s simple premise and comedic beats blend together with our likeable leads to create one of the best comedies of all time. The film plays unlike any other in the time travel genre. Yes, there are familiar beats, but the idea of these two lovable idiots travelling back in time to speak with iconic figures in history including Napoleon, Socrates and Joan of Arc. Each of these characters is thoroughly enjoyable as well in their own right.
‘Bill & ted’s Excellent Adventure’ is a wonderful comedy. The films simplicity is apart of its charm and I just love it. I am giving ‘Bill & Ted’s Excellent Adventure’ a 9/10. This is a must-have for fans, pick up this one on 4K UHD today from your local Sanity or Online!
Chris has written this movie review for Sanity. See more from Chris here