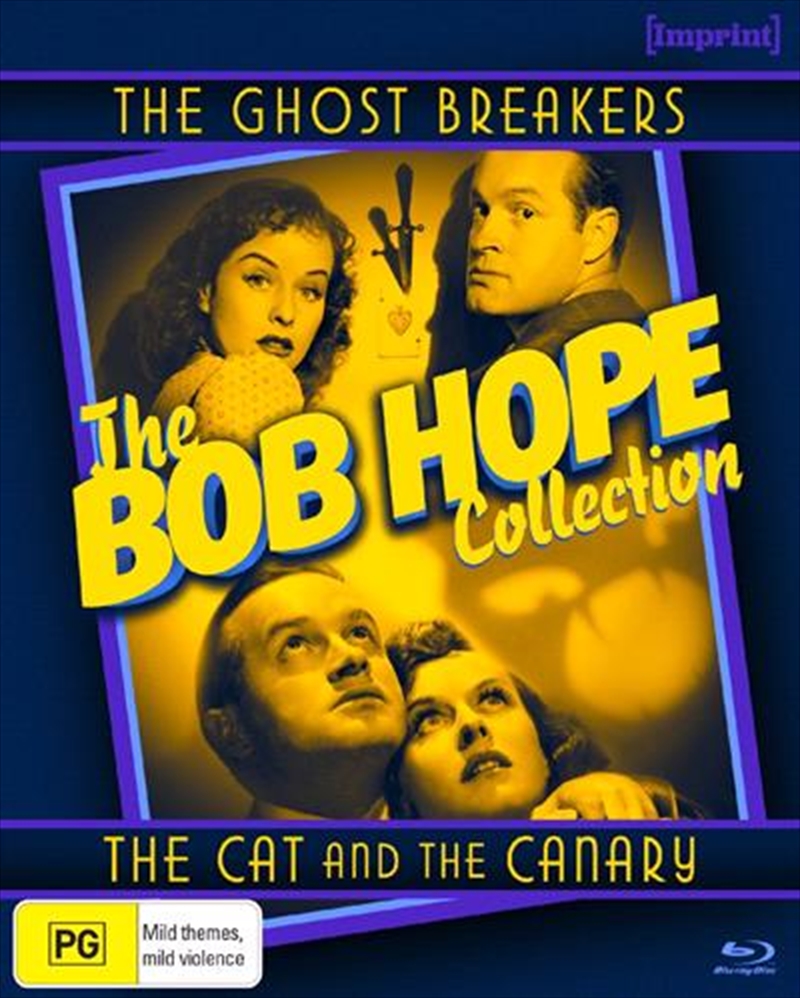 The legendary Bob Hope is at his very best in these two hilarious comedy thrillers, The Cat and the Canary & The Ghost Breakers. An equal mix of both frights and fun, these two unforgettable classic films showcase one of the most popular entertainers of all time and have become blueprints for the horror-comedy genre!
The Cat and the Canary (1939) A decade after the death of an eccentric millionaire, his remaining relatives gather for the reading of the will. Tension builds after his niece Joyce is named the sole inheritor and it is revealed that one of the other relatives will get everything if the heiress goes insane within the next 30 days. The timid Wally vows to protect Joyce who must spend the night in the haunted mansion along with her jealous relatives.
The Ghost Breakers (1940) Ghosts and gags collide in this witches' brew of laughs, with Bob Hope as a Manhattan radio commentator who finds himself marooned on an island of the walking dead! Larry Lawrence (Hope), sought in connection with a murder he did not commit, eludes New York police by hiding in a steamer trunk. Soon the trunk (and Larry) are aboard a ship bound for Cuba, where the trunk's owner, pretty Mary Carter (Paulette Goddard), is sailing to take possession of a recent inheritance: a "haunted" castle.
DETAILS