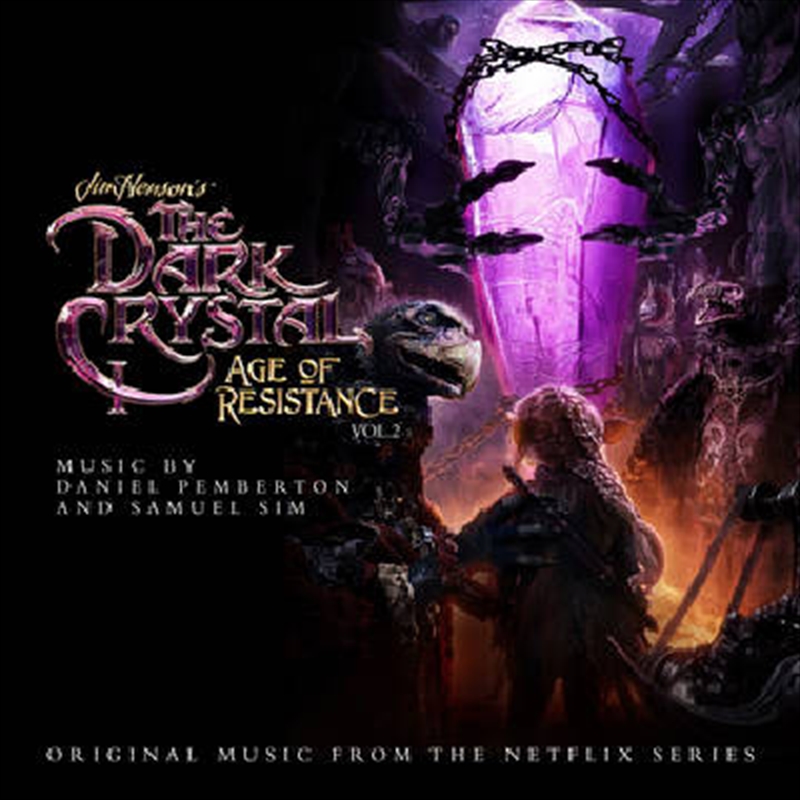 A truly special two-sided picture disc featuring imagery unavailable elsewhere - one side features the cover art, and the other, the Aureyal: a symbol representing the unity of the seven Gelfling Clans. The Aureyal presents itself in the visions of various important gelfling characters and is formally identified as "the sigil of great power" by skekGra the Heretic.

Composer Daniel Pemberton reveals: “I wanted the music to be as magical as Thra itself – organic, imperfect, strange, mystical, otherworldly and wonderful. I wanted to create new sounds that felt like they came from the world itself, as well as using thematic large scale orchestral elements to bring an emotion to the journey of the characters.