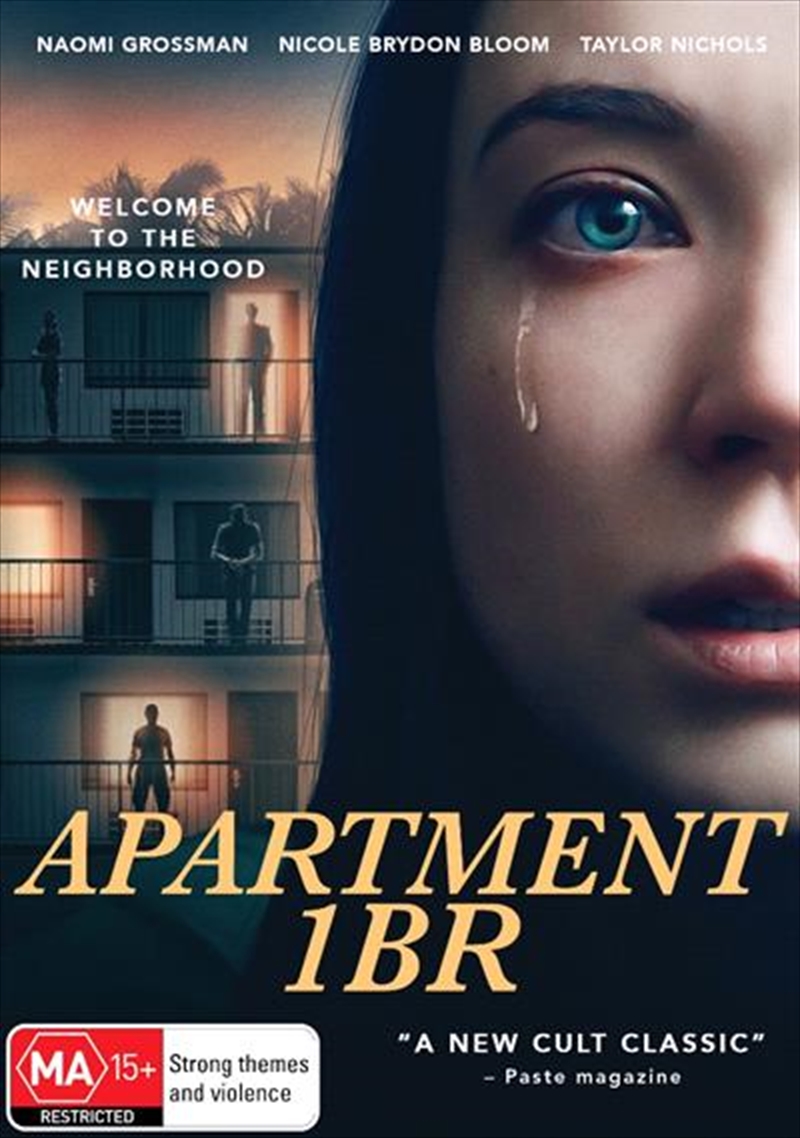 Welcome to the neighborhood

After leaving behind a painful past to follow her dreams, Sarah scores the perfect Hollywood apartment. But something is not right. Unable to sleep, tormented by strange noises and threatening notes, her new life quickly starts to unravel. By the time she learns the horrifying truth; it is too late. Caught in a waking nightmare, Sarah must find the strength to hold onto her crumbling sanity...or be trapped forever in an existential hell.

A woman named Sarah (Nicole Brydon Bloom) attempts to start a new life and hopes to move forward from her dark past. Sarah discovers a vacant apartment which she likes. She decides to apply for it, competing against other applicants who are also interested in the same apartment. Soon Sarah is pleased to find out that she has been approved and gets the apartment. She begins to move in and meets all the people within the large apartment building, and at first everyone appears to be quite welcoming. But as Sarah settles in her new apartment, she begins to have concerns. At night she starts to hear noises which she suspects could be just old pipes in the walls. Her neighbours within the apartment block are also doing some strange things, which also catches her attention. To make matters worse, someone even begins to put threatening letters under Sarah's door. You see, the apartment block has a rule which does not allow pets into the building, and Sarah has just snuck in her very own cat. This film has been directed by David Marmor. Apartment 1BR is David's very first directional feature. I am excited to say the director has introduced lots of new elements, including his choices in pacing style. All these elements are refreshing to see. Visually I also cannot fault the film. Everything was generally easy to view. Overall, Apartment 1BR is a gripping drama film with an extra element of thriller and even gore. As a directional debut from David Marmor, I am pleased to see lots of fresh ideas in this film. The top performance by actress Nicole Brydon Bloom was also pleasing as her character goes through many dramatic situations throughout the film. The film's third act was most certainly a major highlight as it was filled with many surprises and unpredictability.