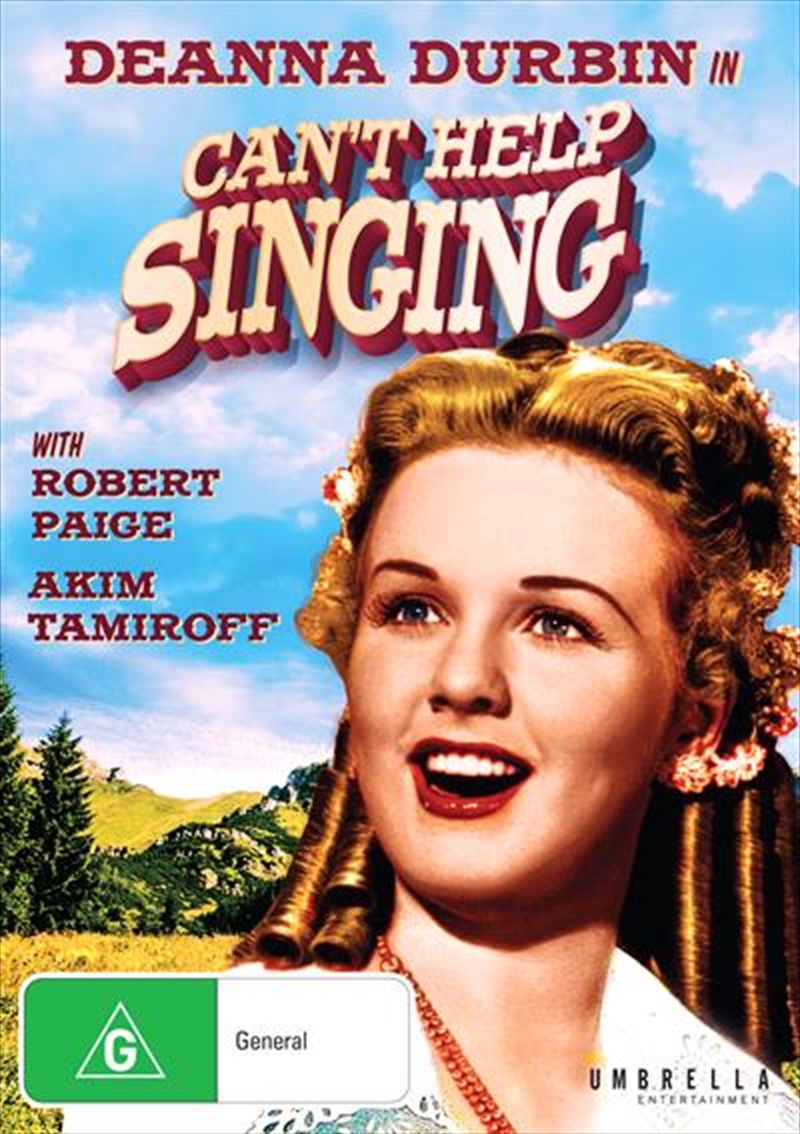 DESCRIPTION
THE THRILL YOUR EYES WILL PRIZE FOREVER!

In her first and only Technicolour film, the newly blonde Deanna Durbin stars with Robert Paige in the light and gay musical romance (Daily Variety) that received Academy Award nominations for Best Song (More and More) and Best Musical Score. Set in 1849, Durbin portrays the spirited Caroline who, against her senator fathers (Ray Collins) wishes, leaves Washington to pursue a handsome cavalry officer (David Bruce). After learning of her California destination, her outraged father posts a substantial reward for her return. Now, with a price on her head, Caroline attempts to keep a low profile (no easy feat for a beautiful young woman in the wild west!) While in Missouri, she hooks up with a motley lot including Akim Tamiroff and Leonid Kinskey as hilarious Russian shysters and a dashing ex-cardsharp (Paige). Together, they follow a lively trail of adventure where the music flows, laughs abound and love is found along the way.
DETAILS