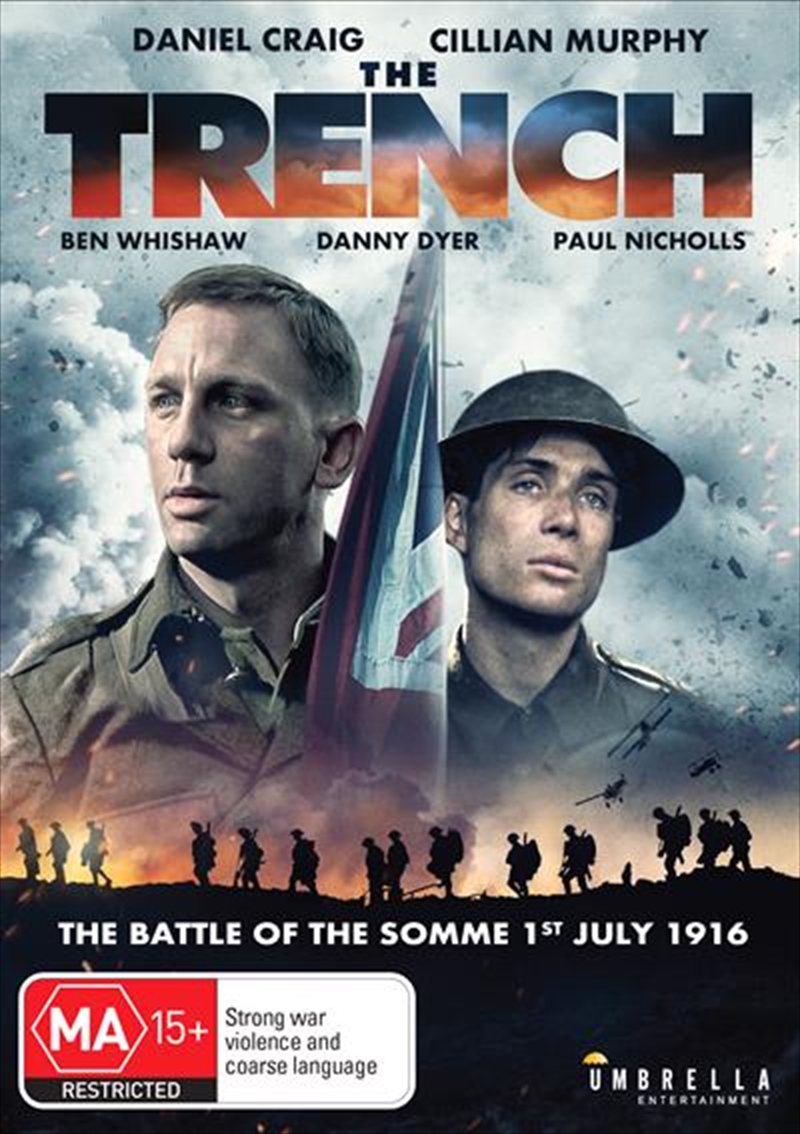 Set in the 48hours leading up to catastrophic Battle of the Somme in 1916, The Trench is the story of young men at war, as seen through the eyes of 17-year-old Billy MacFarlane. As Billy and his squad wait to be thrown into battle, they experience profound trauma, deep boredom, friendship, animosity, bittersweet recollection and struggle to come to terms with the prospect of their agonisingly short lives to come to an imminent and sudden end.

Review of The Trench by Christopher Pattison


War films are a dime a dozen. Films set during war periods have become their own genre, experiencing great success with films such as: ‘Saving Private Ryan’, ‘Black Hawke Down’, ‘1917’ and ‘Dunkirk’. However, if you dive a little deeper there are great war-films that have not been popularised, that definitely deserve your attention. Thanks to ‘Umbrella Entertainment’, we are treated to ‘The Trench’ a forgotten war film from the late 1990s. The film stars James Bond himself Daniel Craig as Sargent Telford Winter and is directed by William Boyd. The film follows a story about a group of soldiers' last days before the battle of the Somme in 1916. With a star-making performance from Daniel Craig and an interesting story, I was very excited to check this one out, previously having not seen it. So how was ‘The Trench’?
‘The Trench’ is a smaller scaled and personal war tale. Many stories from World War I are not as frequently told on the big screen, so seeing a film like ‘The Trench’ is truly refreshing even if it is twenty-one years old. Daniel Craig is truly fantastic as Sargent Telford Winter. Craig had been in other films previously before ‘The Trench’, including: ‘Elizabeth’ and ‘The Obsession’, but here he is truly given the opportunity to shine and definitely rises to the occasion. The film also sees an early performance from Cillian Murphy as well as ‘Rag Rookwood’. Whilst brief, you can definitely see the makings of a star in his performance as well. The film is heavily character-focused as well, with a smaller budget used to the films advantage so that the characters are given the time they need to shine. This is due to Boy’s fantastic direction. He really does put a strong emphasis on the characters, with the battle sequences not really playing a large part in the story, whilst they are still present they take a back-seat to the riveting and tense character drama.
All-in-all, ‘The Trench’ is an underrated war film. Populated with great character drama, a star making performance from one Daniel Craig and great direction from William Boyd, this is a war film well worth your time. I am giving ‘The Trench’ an 8/10. Pick up your copy today on DVD from your local Sanity or Online!
Chris has written this movie review for Sanity. See more from Chris here