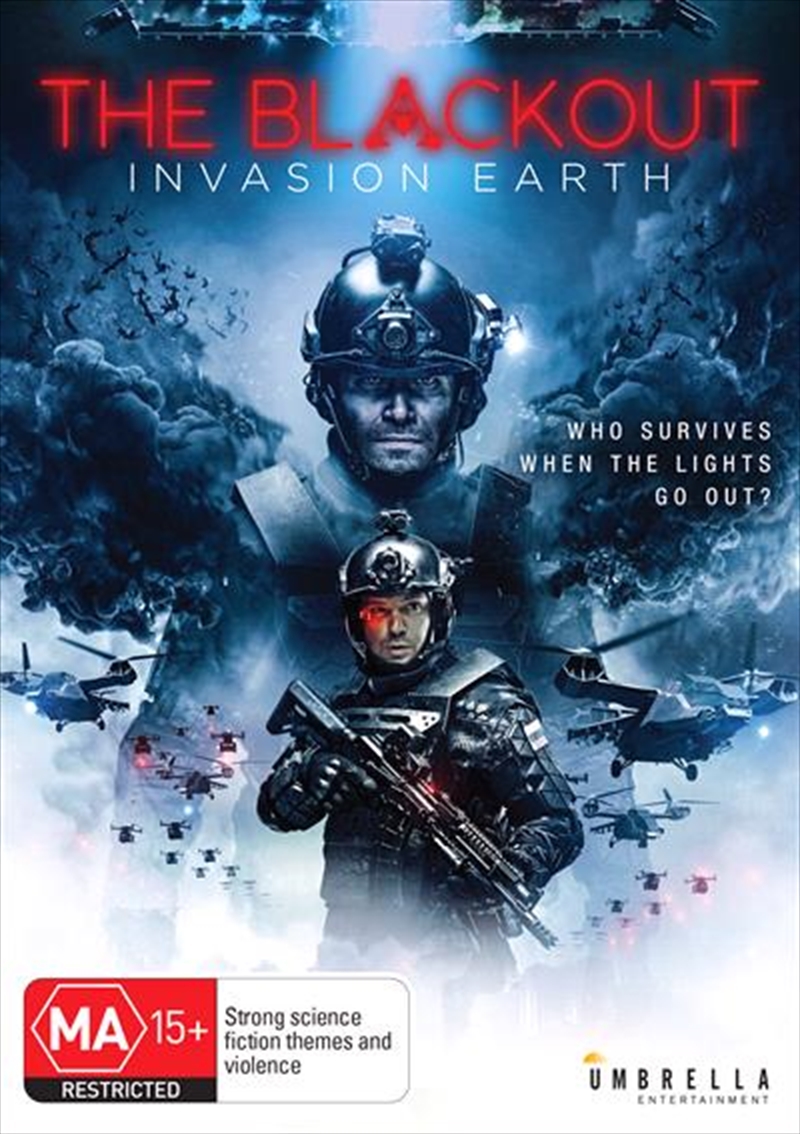 When the end comes for civilization, it will not be terrorism or nuclear war that causes it, but The Blackout. An unexplained phenomenon has struck the Earth. Contact between most towns on Earth has been severed. A small area in Eastern Europe is the only location that still has electricity. When military forces venture outside, they discover a shocking truth corpses everywhere. In stores, in cars, on roads, in hospitals and railway stations. Who or what is destroying all life on Earth? And how long can the last outpost of mankind endure?

Set in the future, The Blackout: Invasion Earth begins with the introduction of many characters but for the most part follows a group of military forces. All seems well until earth is struck by a significant power outage leaving only a small area in Eastern Europe which still has electricity. The reasoning for the power outage is unknown at the start. Not only has most of the earth lost power, but there are now many dead bodies found in the streets, shops, and hospitals. These deaths occurred at the same time; the earth was hit with the unknown power outage.
Investigating the cause is a small group of trained military. It is up to them who will who are ordered to protect and find out the explanation for The Blackout. But what could have caused such an outage and the many deaths? Aliens? Terrorism? Something Nuclear? Whatever it is, it must be eliminated, or else earth might not exist for much longer.
While The Blackout: Invasion Earth certainly feels like a B Graded film, I'm quite pleased to say how much I enjoyed the visuals and effects here. The film also brings lots of creative ideas to the screen, and the futuristic world in this movie reminded me of other films such as Blade Runner. The film here was also initially in Russian, and thankfully the film has been dubbed with a new English audio track. The film's plot sets up several mysteries and is quite unpredictable, mainly when it comes to the reason for the power outage around earth. Being a sci-fi film, I also truly enjoyed the movie Dolby Audio 5.1 Track which will undoubtedly complement one's cinema room.
Overall, I have no problems to recommend this film if a movie lover is seeking out a brainless sci-fi film which is also filled with mysteries and action. The Blackout: Invasion Earth will deliver the satisfaction an exciting new type of B grade film.

For years now, Umbrella Entertainment have been treating Australian movie fans to independent films that otherwise would not get the opportunity to be seen in Australia otherwise. Over the past few months, we have received many great titles from this label including: ‘After Midnight’, ‘I Trapped The Devil’, ‘Deerskin’ and ‘Extra Ordinary’. Now in November, they have released the science-fiction, horror hybrid film ‘The The Blackout: Invasion Earth’. ‘The Blackout: Invasion Earth’ follows a group of survivors after a blackout sends the world dark. Life on Earth is rapidly destroyed except for a small area in Eastern Europe. With an interesting premise and a great trailer, I was excited to see how this one would turn out. So how was ‘The Blackout: Invasion Earth’? ‘The Blackout: Invasion Earth’ was a unique science-fiction hybrid, incorporating elements from many science-fiction films that have come before, including, recent entries: ‘The Darkest Hour’ and ‘Skyline’. The film uses its relatively small budget to its advantage, with the setting of ‘The Blackout’ really taking full effect, and shrouding many of the impressive visuals in darkness, which works to the films advantage. I found most of the visuals sensational, standing out among recent science-fiction films, which is high praise. The setting of Eastern Europe was also refreshing. Many films in the genre take place state-side on in large cities in Europe, seeing a smaller story in the genre really did stand out. All-in-all, ‘The Blackout: Invasion Earth’ was suspenseful, well-made and quite enjoyable. Whilst it does not provide anything new to the genre, the indie-filmmaking sensibilities from directors Egor Baranov and Nathalia Hencker really do allow for some creative set-pieces and genuinely tense moments. If you are looking for a new science-fiction film to invest some time into, then this one is for you. I am giving ‘The Black: Invasion Earth’ a 7/10. Pick up your copy today on DVD from your local Sanity or Online, you will not be disappointed! Chris has written this movie review for Sanity. See more from Chris here