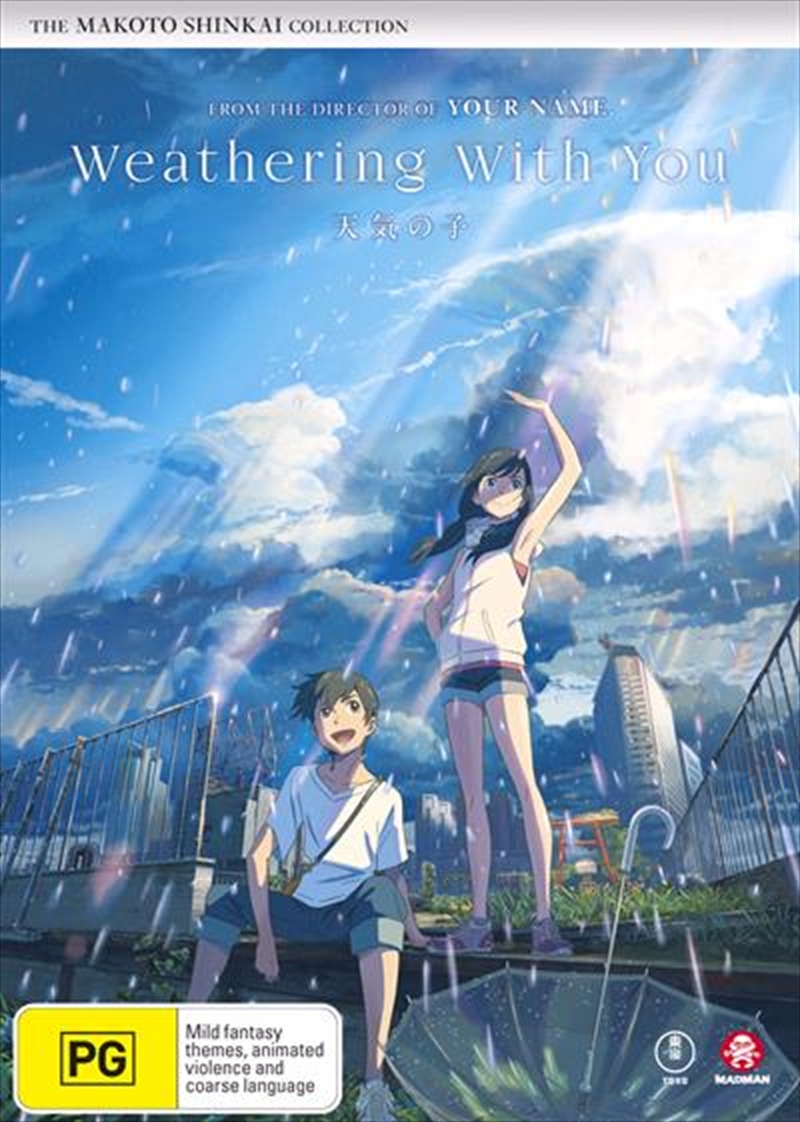 Shipping - See delivery options.
Postcode:
Quantity:
SEE MORE IN:
Weathering With You
This is the story of the world's secret that only she and I know.

I wanted to try going into that light. First year of high school, summer. Hodaka runs away from his home on an outlying island to come to Tokyo. He falls into poverty quickly, but after many days of solitude, at last finds work as a freelance writer for a dubious occult magazine. Rain falls day after day, as if taking its cue from his life. One day, though, Hodaka meets a girl in one corner of the hustle and bustle of the big city. Hina is a cheerful, strong-willed girl who lives alone with her little brother due to certain circumstances. She also has a strange power. Hey, it's gonna clear up now. Little by little, the rain stops and the cityscape gives off a beautiful glow. For Hina has the power to make the sky clear just by praying...

Title: Weathering With You