From Elvis In Nashville 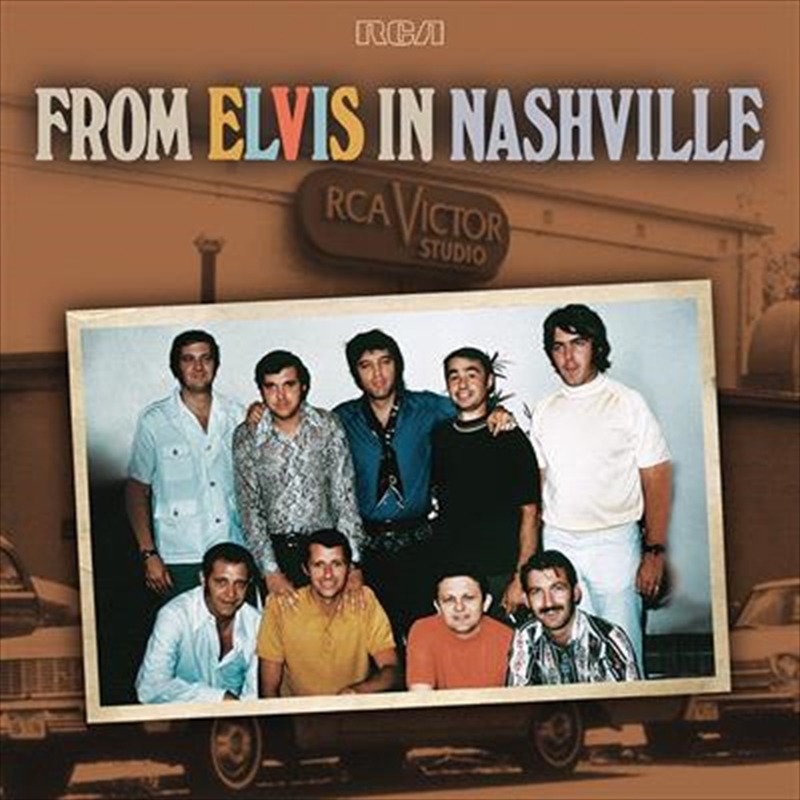 From Elvis In Nashville

Recorded live in RCA's Studio B in Nashville over the course of an epic five day/night run in June 1970 (with an additional session on September 22), Elvis' performances from those sessions formed the core of three of his most successful studio album releases from the 1970s: Elvis: That's the Way It Is, Elvis Country (I'm 10,000 Years Old) and Love Letters from Elvis.

Now, for the first time, the master recordings from the 1970 Studio B sessions may be enjoyed together as a single official Elvis album. On From Elvis In Nashville, Presley's studio tracks from the 1970 marathon sessions are presented in pristine audio, newly mixed by acclaimed engineer Matt Ross-Spring (John Prine, Jason Isbell) without the added overdubs or orchestration appearing on earlier releases.

From Elvis In Nashville will be available in a 4CD boxed edition including two bonus discs of rare and/or unreleased outtakes from the 1970 sessions.

A highlights package will be available in a 2LP 12" vinyl pressing.

Title: From Elvis In Nashville

A1. You Don't Have to Say You Love Me

A2. Mary In the Morning

A3. Stranger In the Crowd

A4. How the Web Was Woven

A5. Got My Mojo Working / Keep Your Hands Off of It

A6. Got My Mojo Working

A7. Keep Your Hands Off of It

B5. Bridge Over Troubled Water

C4. I Was Born About Ten Thousand Years Ago

C5. Make the World Go Away

D1. Funny How Time Slips Away

D4. A Hundred Years from Now

D5. Little Cabin On the Hill

D6. There Goes My Everything

D7. I Washed My Hands In Muddy Water