Batman - Death In The Family 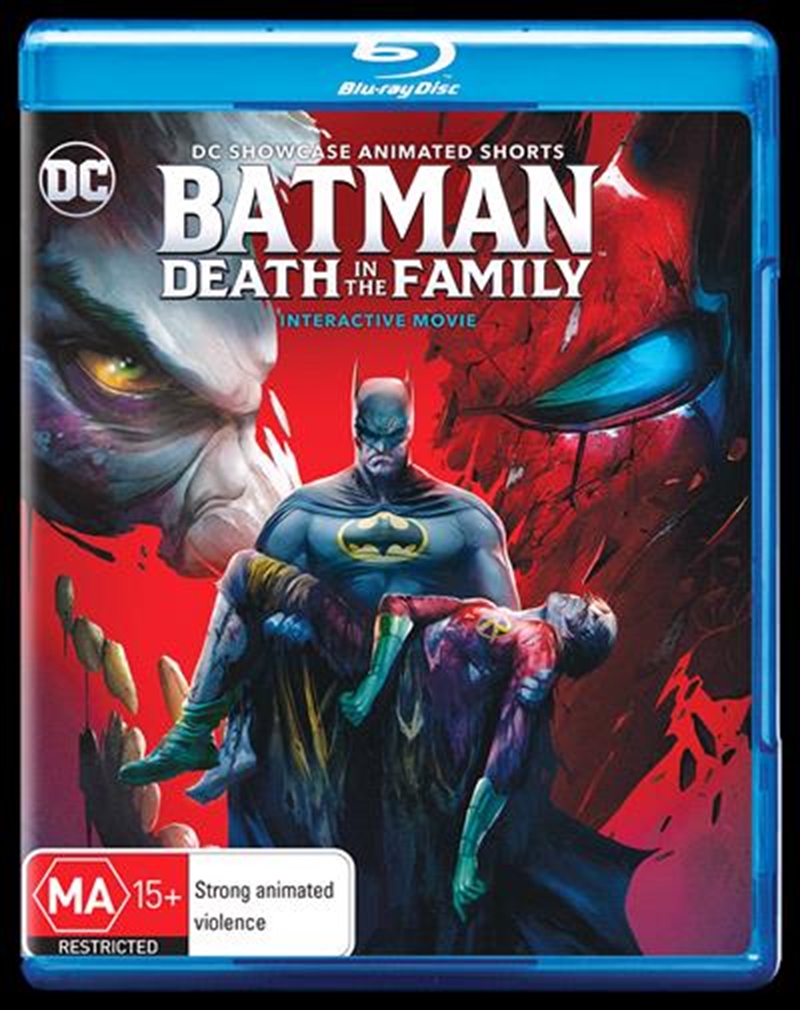 Batman - Death In The Family

DCU - Batman - A Death In The Family Blu-Ray

An adaptation of the 1988 comic book storyline of the same name, Death in the Family chronicles the tragic death of second Robin Jason Todd at the hand of the Joker.

Review of Batman: Death In The Family by Christopher Pattison

In recent years, ‘Batman Death In The Family’ has become one of DC Comics most popular stories. As a fan of DC’s animated output in recent years, I was excited to see this film. ‘Batman Death In The Family’ is the first interactive experience, allowing audiences to choose Jason Todd’s fate. This is completely new to physical media, with Netflix attempting this style of filmmaking with ‘Black Mirror: Bandersnatch’. So, with an interesting concept and one of Comic Book’s most unique stories in recent years, how was ‘Batman: Death In The Family’?
‘Batman: Death In The Family’, was a thrill ride. The film has great hand-drawn animation, mixed with great digital animation as well. The story is bought to light in a new and interesting way. The interactive option makes the film feel like a video game of sorts. This is a creative and unique way to tell this story and I had a lot of fun doing this. The options present themselves on the screen when a major plot element presents itself. This allows the audience to alter the films proceedings, so that the film plays out in accordance with what the specific fan watching the film wants to happen. You pay for each decision made, similar to a video game as well. This is a violent film as well, which will appease hardcore fans of the comics, as this has always been one of the more violent Batman stories.
If you are a fan of the comic book that this film is based on, then chances are you have watched this one already, but for newcomers who are looking for a unique and different film going experience, then this one is also for you. With great animation, a fun interactive story and great action-sequences, I had a lot of fun with this film. I am giving ‘Batman: Death In The Family’ a 7.5/10. Pick up your copy today from your local Sanity or online!
Chris has written this movie review for Sanity. See more from Chris here

Review of Batman Death In The Family by Peter Walkden

Batman and Robin team up as the dynamic duo, taking down many villains in Gotham City. One night the two team up to take down a major villain. On the same night, The Joker makes an appearance with much larger plans for the Bat along with the boy wonder. The Joker successfully captures Robin, but what happens to him next is up to you.
Introducing a brand-new experience thanks to the good people of DC Comics and Warner Brothers studios. Batman: Death in the Family not only brings a brand-new story to life, but viewers are given the option to change the whole story along the way. When the Joker captures Robin, a selection menu will appear on the screen asking the viewers what the fate of Jason Todd (Robin) will be. There are many other hard choices viewers will need to make throughout the film, plus this movie has seven different endings which all depend on what selections are chosen. This is the very first interactive animated movie within the Batman universe.
As a Batman fan, I am quite familiar with this story of Jason Todd and the villain known as Red Hood. Thankfully, this film feels more like a prequel leading up to the well-known tale of Red Hood and the mystery that surrounds him. The duration of the film can vary and depends on what selections are made by the viewers. The film visuals are pleasing and consistent when compared to other previous animations from DC Comics. The movie's audio track was also quite enjoyable. The interactive concept of making selections is a fun idea and quite a pleasing experience for Batman fans.
Overall, as a Batman fan, I was truly impressed with this DC movie, which is the first interactive film, giving viewers the choice of Jason Todd's fate along with many other key moments. It is awesome and fun concept which I did enjoy. The visuals, including the animation, is great, and the audio track is brilliant. Batman: Death in The Family is undoubtedly one for DC fans around the world who will love a different experience, unlike anything else before.
Peter has written this movie review for Sanity. See more from Peter here

Title: Batman - Death In The Family