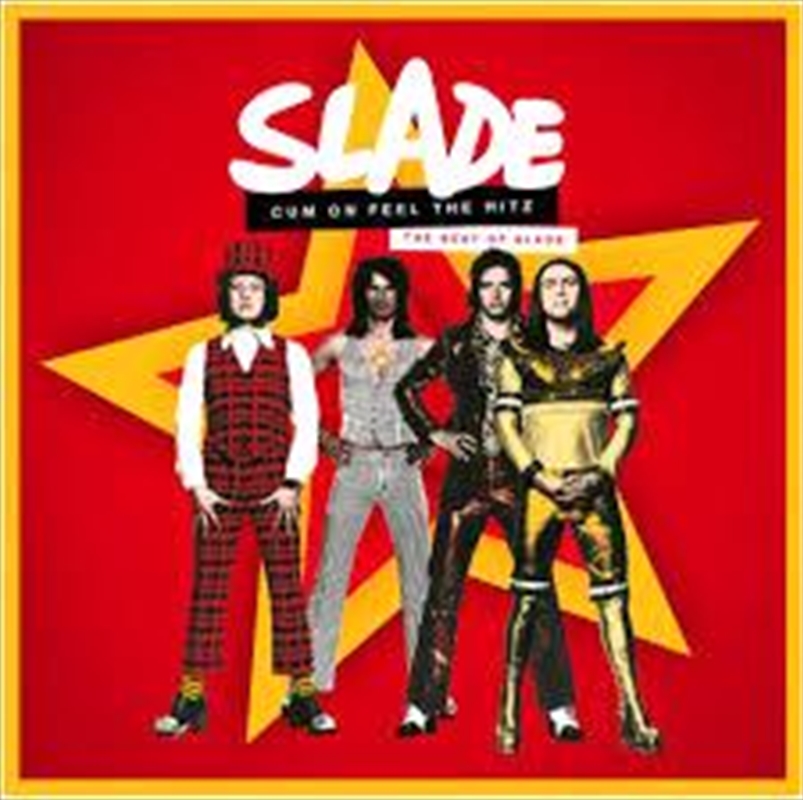 Slade are without doubt one of the most exciting bands to come out of Great Britain. With their unique blend of perfect pop-rock'n'roll, outrageous flamboyance and pure fun, Slade have become a firm favourite in the hearts of pop fans all over the world for nearly fifty years. Slade achieved their first chart hit in May 1971 with the Bobby Marchan song "Get Down And Get With It" then, released in October of the same year "Coz I Luv You" was the band’s first of 6 UK #1s. They racked-up an impressive 16 UK Top 10 Hits and became a mainstay of music television of the area with their defining performances on the likes of Top Of The Pops setting the fashion trends of the time.

To quote Noel Gallagher: “No Slade = No Oasis. It’s as devastating and as simple as that”. Bands as diverse as Nirvana, The Sex Pistols, The Clash, Def Leppard, The Ramones, Kiss and many more have sited Slade as influential.

1. Get Down and Get With It

2. Thanks for the Memory

5. We'll Bring the House Down

6. Lock Up Your Daughters