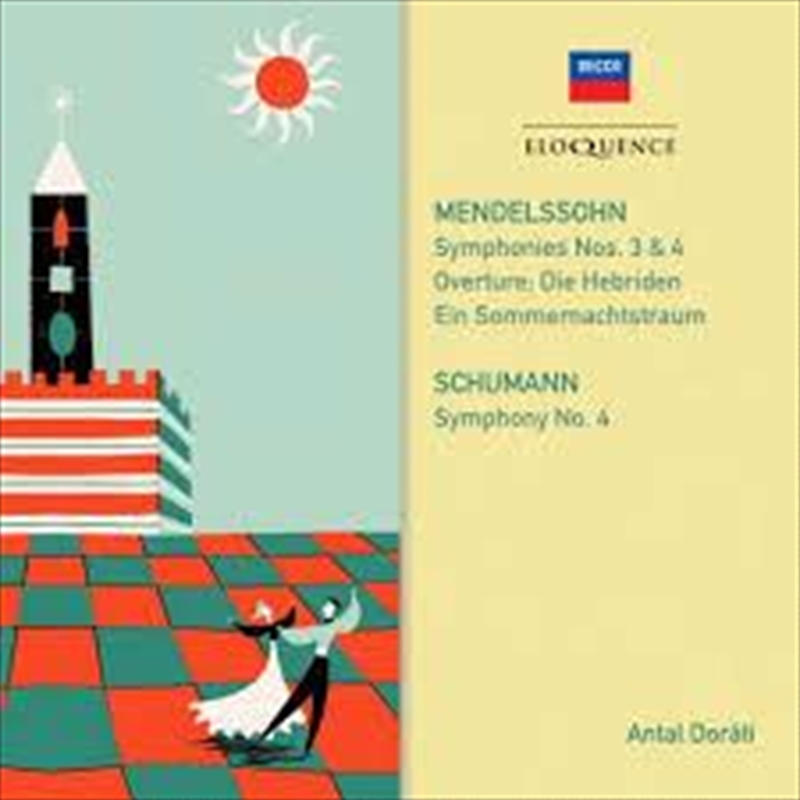 Noted for his Haydn and Mozart and for his affinity with 20th-century music from Berg to Bartók to Messiaen, the Hungarian conductor Antal Doráti also demonstrated a particularly idiomatic flair in presenting music of the early romantic era.

Of these Mendelssohn and Schuman recordings, all but the Minneapolis 'Italian' Symphony are in stereo. Unlike many of his colleagues, Doráti took pleasure in the process of recording, establishing a happy and concordant working relationship with the husband-and-wife Mercury team of Robert and Wilma Cozart Fine.

One of the first fruits of that relationship was a pairing of Mozart's 40th and Mendelssohn's 4th symphonies, made in Minneapolis where Doráti had been music director since 1949 and released in 1953 (the Mozart has been reissued separately by Eloquence, coupled with Doráti's first Haydn recordings and more Mozart).

Doráti directs crisp, flowing accounts which inhabit the soundworld of Mendelssohn and Schumann, understood forward from Haydn and Mozart rather than backwards from Brahms and Wagner. He finds in Henryk Szeryng an artistic partner of happy mutual understanding for the Violin Concerto: a justly celebrated recording from 1964 and a classic of the Mercury catalogue, but also a natural companion for Doráti's light touch in four movements from A Midsummer Night's Dream which were originally coupled in 1959 with excerpts from Grieg's score for Peer Gynt.

"Doráti pushes the Italian Symphony through with considerable vivacity … a very acceptable version of the work for those listeners seeking in it primarily verve and brilliance." Gramophone, June 1954 (Italian Symphony)

"His performances are dapper and nicely felt. I particularly like his crisp, vivid approach to the Mendelssohn." Gramophone, December 1959 (A Midsummer Night's Dream)