King Of Staten Island, The 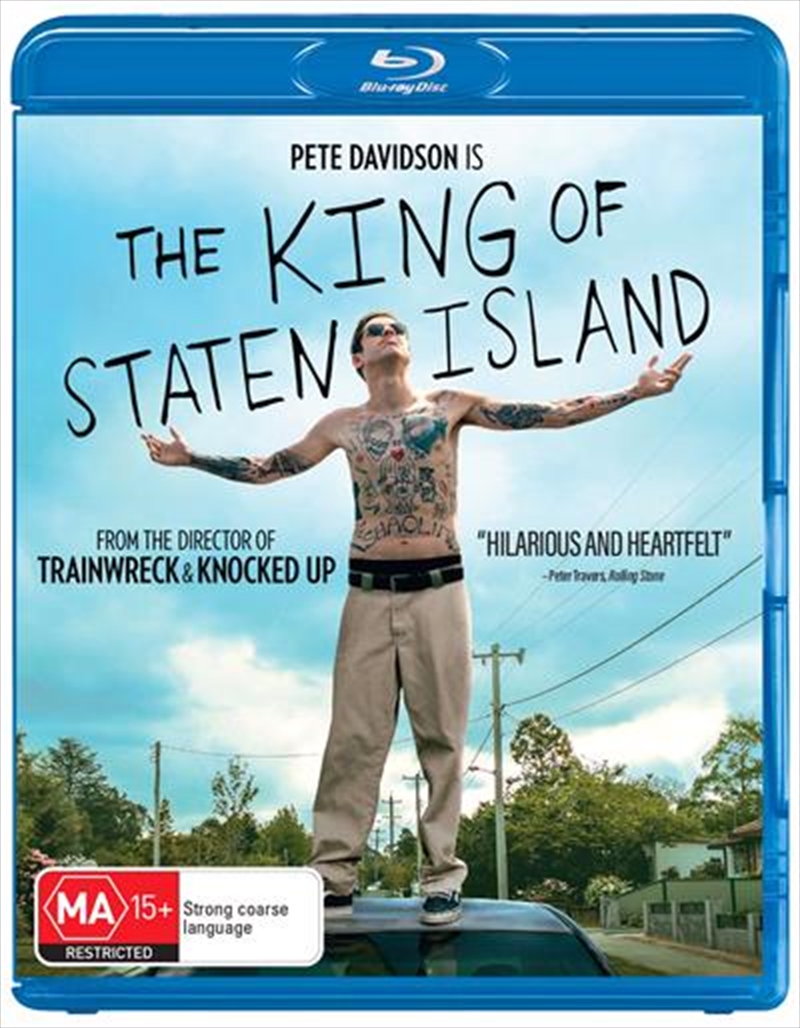 King Of Staten Island, The

Review of The King of Staten Island by Peter Walkden

Ever since Scott's father died in a tragic incident, Scott (Pete Davidson) has lost his way. Set in the present day, Scott is twenty-four and dreams of being the first to launch a restaurant which also offers the service of getting a tattoo. But this dream is far from being a reality. Scott also hopes to be a professional tattoo artist. To practice, he gives free and random tattoos to his best friends in order to earn experience.
Scott has dreams of moving forward in life, but instead, he spends the days just doing drugs and doing very little. He also lives with his mother and does very little to contribute. But when Scott's sister is accepted to college, he gets annoyed by her success. On top of this, Scott's mother, who has been single for some time, starts to date and discovers a new romance. Scott is not impressed. But with his mother finding love, Scott starts to deal with his past loss and slowly starts to take steps to change his world.
Directed by Judd Apatow, based on the director's career, it's no secret the director has a skill when it comes to comedy. Once again, this is evident with this film. I'm happy to say this film provided me with a grin for the majority of the film. The humour here is brilliant, and I loved how this film managed to deliver heartfelt moments to the screen too.
Performances are also solid starting right at the top. Pete Davidson is excellent as Scott, and he felt believable as a character. I'm not overly familiar with this actor, but I thought he was fantastic, and I truly felt for his character who is dealing with his past. Supporting cast which includes Marisa Tomei, Bill Burr were also excellent.
Overall, this is a terrific comedy. Those who have seen films by director Judd Apatow will generally know what to expect. Once again, this is a film that delivers heartfelt moments, along with witty humour. Performances are brilliant from Pete Davidson taking on the lead role, and the supporting cast is also pleasing. Overall a delightful film!

Title: King Of Staten Island, The