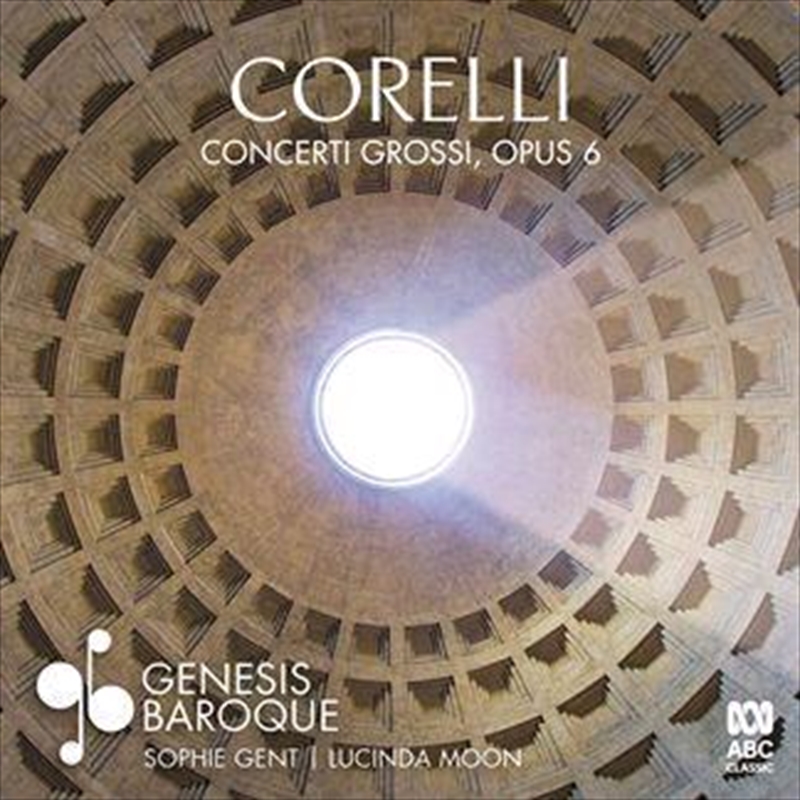 A disc of debuts for Melbourne's new kids on the Baroque.

"Sumptuous and refined…Genesis Baroque is a unique and polished — and importantly, welcome — voice in the vibrant Melbourne Baroque music scene." CutCommon

Arcangelo Corelli is one of the great composers of the Baroque era, a trailblazer who forever changed the relationship between soloist and orchestra, and did much to establish the violin as the star of the orchestra. He is considered the 'father' of the concerto grosso – a piece for several soloists accompanied by an orchestra – and his seminal Opus 6 volume became the benchmark for his contemporaries, including Handel, Vivaldi and Geminiani.

Here, one of Melbourne's premier early music ensembles, Genesis Baroque, brings these extraordinary works to life with great energy and enthusiasm. Adding to the uniqueness of the occasion, not only is this the ensemble's first studio recording, but it is also the first complete recording of these works by an Australian orchestra.

In this recording, the ensemble is led by consummate expatriate violinist Sophie Gent, who returned to Australia for the first time in many years to perform with Lucinda Moon as co-directors and soloists. Both musicians are notable for their nuanced, elegant approach and creative flair, and will enchant listeners through the sublime colours and conversations of Corelli's masterworks.