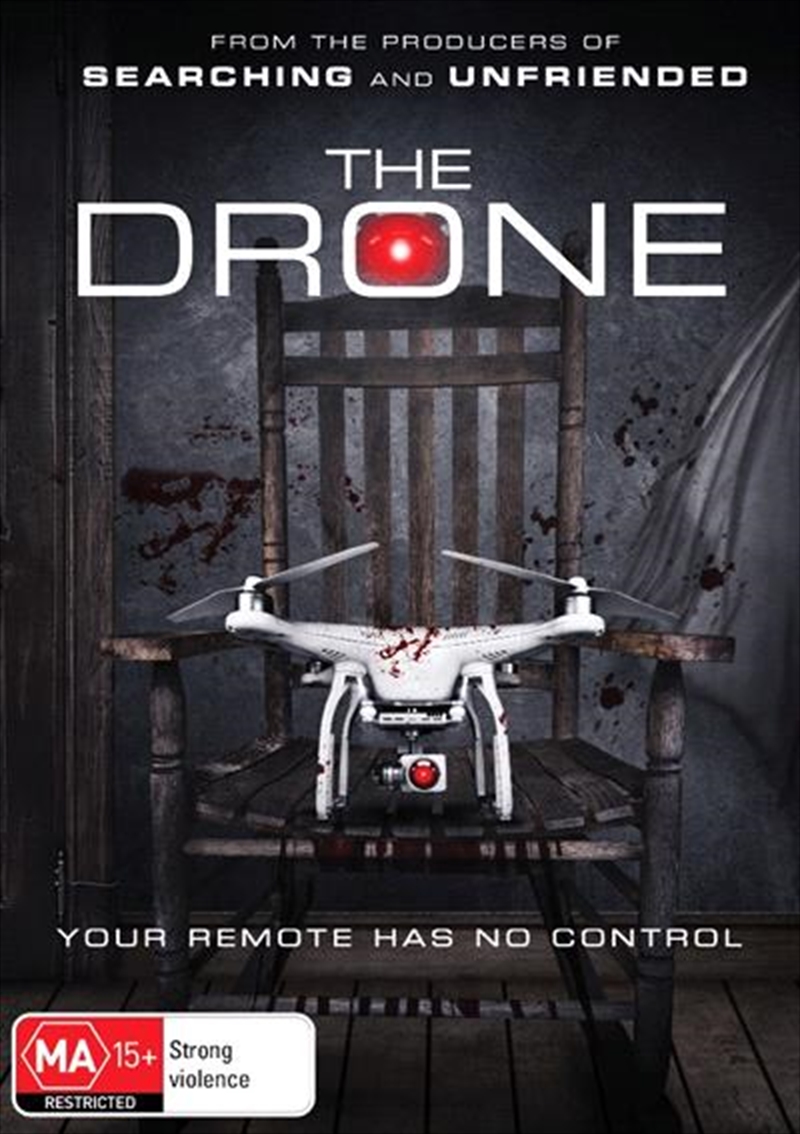 Your Remote Has No Control

This terrifying, outrageous tale takes flight as a serial killer is struck by lightning while holding his precious drone. Weeks later, the drone shows up at the home of newlywed couple Christ (John Brotherton) and Rachel (Alex Essoe). Without them realizing it, the drone films the couple and takes control of their TV, computer, security system, and car. Soon, Chris and Rachel fear that the device may be connected to them and is out for horrific, hovering revenge.

Review of The Drone by Peter Walkden

In the present day, the city has a serial killer on the loose. The killer enjoys capturing and murdering woman. Using a high-tech drone, the killer enjoys stalking his next victim. But as the killer soon discovers, the police are closing in on his position, soon knocking on his front door to arrest him. During the attempted arrest, an incident occurs where the violent killer has an accident, and his mind ends up getting transferred inside his drone. Meanwhile, occurring not far away from the recent incident involving the murderer, two young newlywed couple named John (Chris Howard) & Alex (Rachel Howard). The two move in a new home, and while settling in, John finds a used drone outside. Deciding this drone now belongs to him, he purchases a new remote control. But little does this couple know they have just invited a serial killer into their new home. The concept of this film is fantastic. Why, you ask? Because it is no secret that drones are a big part of the world in the present day. The creators seem to understand, given the type of premise, that the movie is not to be taken seriously. This film does have creativity, particularly when it comes to the use of technology and the things The Drone does around this new home. It’s also evident the character of The Drone enjoys toying with people and will kill those who get in the way. But why did The Drone go to this home? This answer is thankfully revealed in due time. Overall, this film delivered what I expected. A film that focuses on a drone that murders people can only mean a B-grade film filled with both comedy and horror combined into one. This is a brainless film with lots of funny moments and lots of random dialogue. No matter how silly the film sounds, I’m surprised how much I found myself laughing at this film and was astonished at how creative this film managed to be. In the tradition of films such as Sharknado, or Killer Sofa, The Drone is undoubtedly a welcoming film. It offers a brainless entertainment unlike anything the world has seen yet.
Peter has written this movie review for Sanity. See more from Peter here