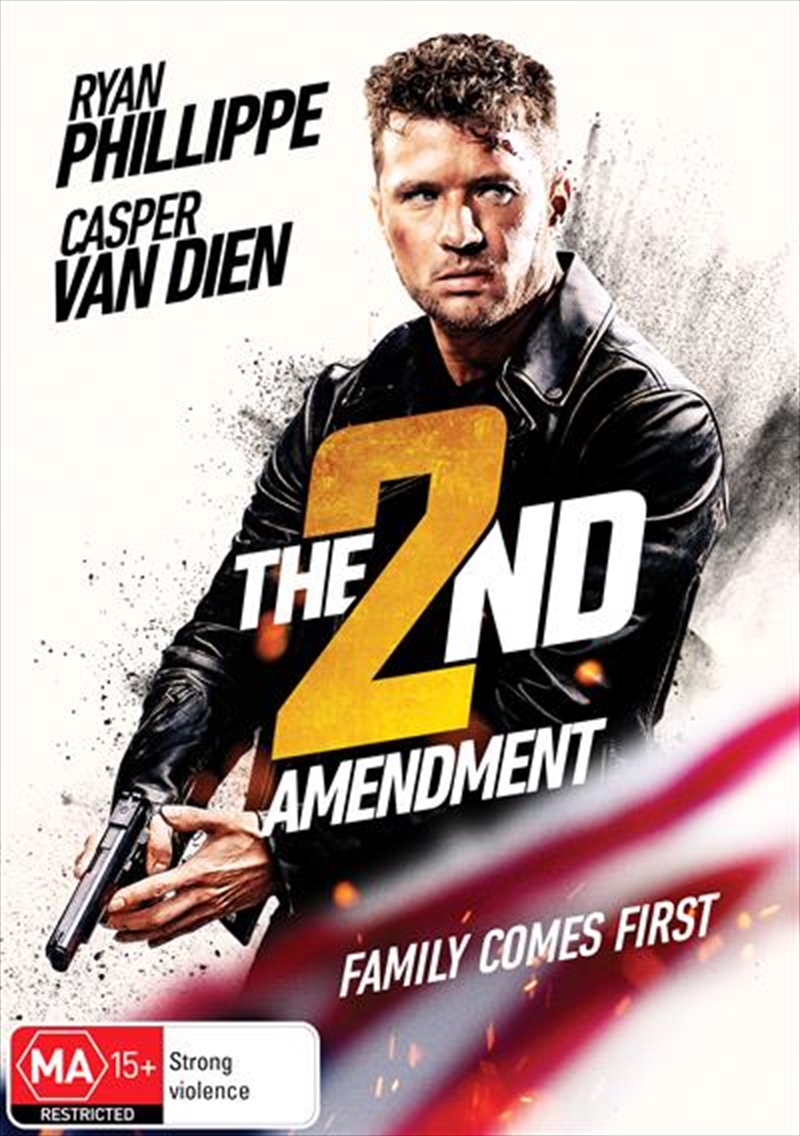 Secret-service agent Vic Davis (Ryan Phillippe) is on his way to pick up his estranged son, Shawn (Jack Griffo), from his college campus when he finds himself in the middle of a high-stakes terrorist operation. The daughter of a Supreme Court Justice, and his son's friend, is the target and this armed faction will stop at nothing to kidnap her and use her as leverage for a pending landmark legal case addressing the Second Amendment. Vic quickly realizes that there is no one coming to rescue them and must now use his entire set of skills to save her and his son from an incredibly dangerous and lethal situation.

Review of The 2nd Amendment by Peter Walkden

Vic Davis (Ryan Phillippe) is a Green Beret who has fought in many battles. In the present day, Vic plans on picking his son up from college as it is the end of a term. Unfortunately, things are not going to plan for Vic. He accidentally breaks his phone before leaving home and ends up getting stuck in heavy traffic, causing him to run very late. By the time Vic arrives at the college, there are only a couple of people left waiting to be picked up- Vic’s son and the daughter of the supreme justice.
Upon his arrival, Vic begins to suspect some of the staff members around the campus look slightly out of place and suspicious. The suspicious staff members are, in fact part of a terrorist group who plan on kidnapping the young daughter of the supreme court. All of this is to try and force her father regarding a second amendment vote. Leading the group of villains is a mysterious man who calls himself Driver (Casper Van Dien). Now it is up to Vic to fight off the gang of dangerous terrorists one by one and do everything he can to protect both his own son and the young girl.
The concept of a man fighting off a group of armed terrorists might not seem anything new (cough, Die Hard, cough). But I am thankful to see some effort has gone into attempting to make this film feel fresh. One central key is the actor Ryan Phillippe who certainly seems fit and is very believable in the role when it comes to fighting off a group of bad guys. Action sequences are also pleasing.
Overall, this film will please those seeking a B grade film as an alternate to titles such as Die Hard or Skyscraper. This is most certainly an action film you watch to switch off from the world, and the return of Ryan Phillippe in action film was also welcoming to see.
Peter has written this movie review for Sanity. See more from Peter here