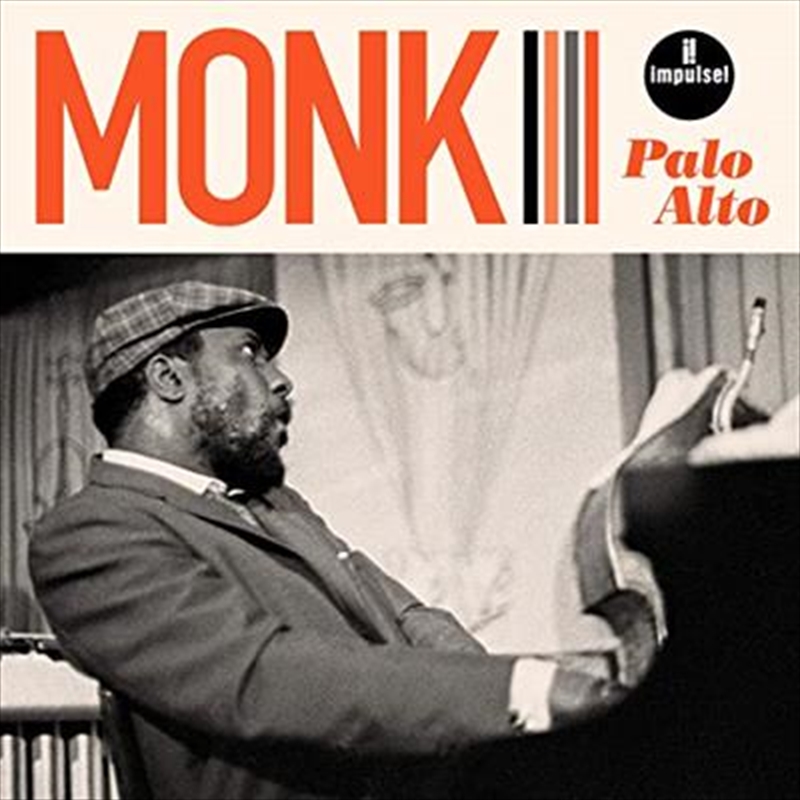 The surprise performance came about after 16-year-old high school student Danny Scher had a dream to invite the storied pianist and composer and his all-star quartet to perform a concert at his local high school in Palo Alto, California. Against a backdrop of racial tension and political volatility, the concert took place on 27 October 1968, and was recorded by the school’s janitor.

The pianist’s son T.S. Monk, himself a respected drummer and founder of the Thelonious Monk Institute, says: “That performance is the one of the best live recordings I’ve ever heard by Thelonious. I wasn’t even aware of my dad playing a high school gig, but he and the band were on it. When I first heard the tape, from the first measure, I knew my father was feeling really good.”

The teenage Scher was a “jazzhead” with a sense of idealism that was set against the political and social turmoil of the day. That was framed by the assassinations of Martin Luther King, Jr. and Robert F. Kennedy, unsettling revelations about the Vietnam War and violent uprisings across the country. The mood was mirrored in Palo Alto and its neighbouring, primarily African-American town of East Palo Alto.

“I always looked at music as a way to put issues on hold or up to a mirror, whether they be political or social,” says Scher. His flair for concert promotion later led him to work with one of the profession’s most famous exponents, Bill Graham, and to become a well-known promoter in his own right. He continues: “On 27 October 1968, there was a truce between Palo Alto and East Palo Alto. And that is what music does.”
Monk, who had appeared on the cover of Time magazine two years earlier, was still prominent in the public eye at the time of the concert. Even though he was in poor physical and financial health, he was taken by the telephone call he received from Scher in the middle of his three-week run at the Jazz Workshop in San Francisco.

So it was, that night, that Monk and his band climbed out of the Scher family van, across the rainy parking lot and into the Palo Alto High School auditorium. Their set included Monk’s lyrical love song ‘Ruby, My Dear,’ on which Rouse took the melodic lead on tenor sax before Monk’s dazzling solo). ‘Well, You Needn’t was given a 13-minute workout with solos by the whole band.

Also included was Monk’s captivating solo reading of Jimmy McHugh’s Don’t Blame Me’; the signature ‘Blue Monk’ and a playful run through the aforementioned ‘Epistrophy.’ Then came a truncated encore of Monk’s slow stride through Rudy Vallee’s 1925 Tin Pan Alley hit ‘I Love You Sweetheart of All My Dreams.’ After a standing ovation, Monk made their goodbyes by explaining that they had to make their date in San Francisco that evening.

The recording remained in the attic of Scher’s family home for many years, and after he contacted T.S. Monk with a view to its release, they chose Impulse! Records, label home of Thelonious’ longtime collaborator and fellow jazz staple John Coltrane. “The house that Trane built” was the perfect home for the new release, almost forty years after Monk’s death.

Palo Alto is the first of a series of joint releases to come over the next five years from Impulse! Records in conjunction with the Monk estate’s Rhythm-A-Ning Entertainment, which is led by T.S. Monk.