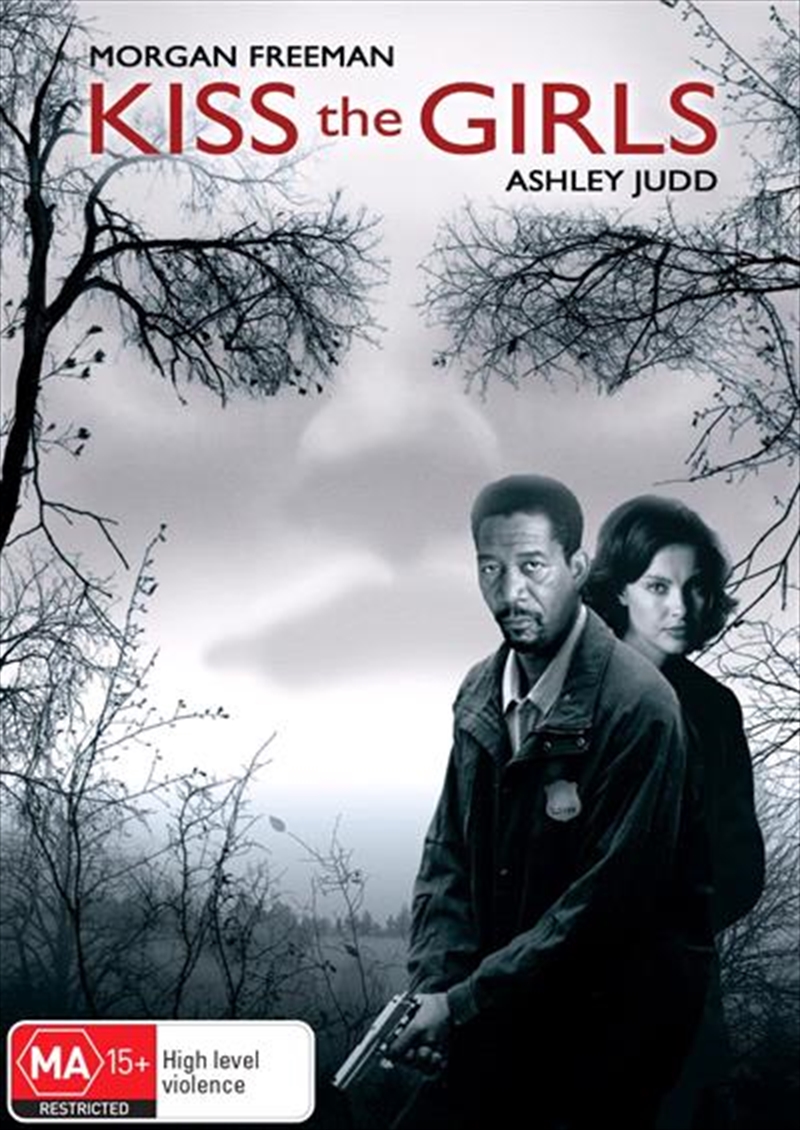 A detective is searching for a deadly collector. His only hope is the woman who got away.

Police hunting for a serial kidnapper are helped when a victim manages to escape for the first time. Forensic psychologist Alex Cross travels to North Carolina and teams with escaped kidnap victim Kate McTiernan to hunt down "Casanova," a serial killer who abducts strong-willed women and forces them to submit to his demands. The trail leads to Los Angeles, where the duo discovers that the psychopath may not be working alone.

Review of Kiss The Girls by Christopher Pattison

James Patterson’s Alex cross series has seen a few adaptations. Morgan Freeman’s portrayal of the character in the 1990’s in films; ‘Along Came A Spider’ and ‘Kiss The Girls’ mis still the best portrayal of this character to date. ‘Kiss The Girl’s’ follows Dr. Alex Cross (played by Morgan freeman) as he works with the police who are hunting for a serial kidnapper, their investigation is helped when a victim, Kate Mctiernan (played by Ashley Judd), manages to escape. It’s a race against time as Cross needs to solve the mystery before the killer can claim another victim. With an impressive supporting cast including, but not limited to Cary Elwes, Jeremy Piven, Alex McArthur and Brian Cox. So how was ‘Kiss The Girls’?
‘Kiss The Girls’ is my favourite adaptation of the James Patterson source material to this date. Morgan Freeman is fantastic as the character, you always believe he is the smartest person in the room, and you believe that he is great at his job. His pairing with Ahsley Judd is also great, the two play off each other very well and it elevates the material ten-fold. Director Gary Fleder also does a great job with the material, putting a great emphasis on the mystery and the tension that comes with this type of story as well. This type of tension was not captured in the 2012 reboot ‘Alec Cross’, which is a testament to Fleder’s direction.
This re-release special edition DVD of ‘Kiss The Girls’ holds-up remarkably well, with some re-mastered special features and new features that have previously not been available on physical media. ‘Kiss The Girl’s’ is a tense and thrilling murder-mystery, anchored by a strong performance from Morgan Freeman as Dr. Alex Cross. This film is worth your time if you are looking for a tense 1990’s thriller. I am giving ‘Kiss The Girl’s’ a 7.5/10. Pick-up the special-edition DVD from your local Sanity or online today!
Chris has written this movie review for Sanity. See more from Chris here

Review of Kiss the Girls by Peter Walkden

Alex Cross (Morgan Freeman) is a detective and a forensic psychologist. He receives information about someone who is kidnapping and murdering several women. Alex becomes more invested in the case once he learns that one of the victims is his niece. Heading to North Carolina, he offers his services to a group of fellow detectives who are currently on the case. Alex gets briefed further about the case and the killer. Some of the details include that fact the killer calls himself "Casanova" and enjoys targeting women who are strong in which he sees as a challenge for himself. Thankfully one woman named Kate McTernan (Ashley Judd) manages to escape the killer's underground prison and is discovered by police. Alex will now work with Kate, hoping she can provide more information about who the killer is.
The film's opening act is excellent. As an audience, we gain a great understanding of Alex Cross as a character. Nearly immediately, we see him go into action, negotiating with a woman who has just killed her husband. We learn that Alex is quite wise and skilful at his job. The film also sets up great mysteries, including the unknown kidnapper.
I love the film's dark tones. This film is filled with many uncomfortable scenes, and at times this film can feel somewhat gritty. I was also quite impressed with the eerie movie soundtrack. The soundtrack matched the tone of the film perfectly.
Overall, Kiss The Girls is an excellent thriller from the nineties. Morgan Freeman is perfect in this role, and I found this film enjoyable. Upon first watch, I found the film's twist and reveals quite surprising. The film's audio track, including the soundtrack, is a brilliant match the film's tones and suspenseful atmosphere. If you have never seen this film, it certainly comes recommended. The film also has a sequel entitled Along Came A Spider (2001) which also receives a thumbs up from me.
Peter has written this movie review for Sanity. See more from Peter here