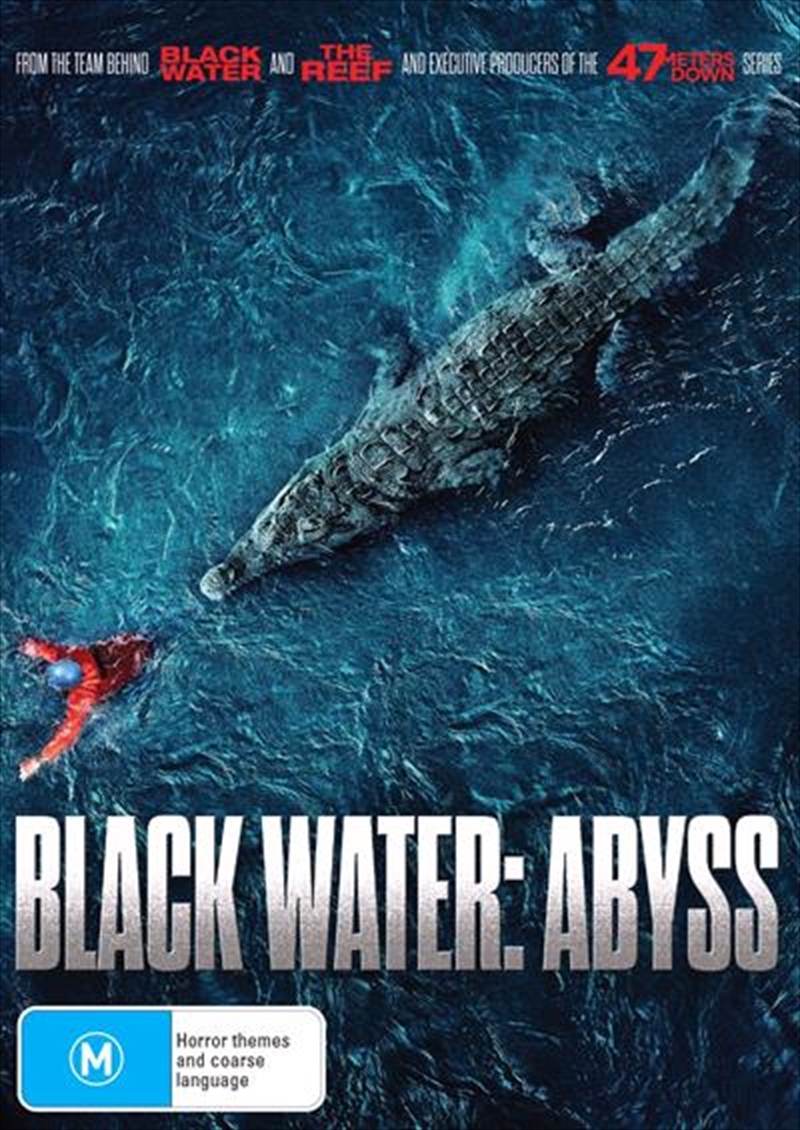 Friends exploring a remote cave system in Northern Australia find themselves threatened by a pack of crocodiles. An adventure-loving couple convince their friends to explore a remote, uncharted cave system in the forests of Northern Australia. With a tropical storm approaching, they abseil into the mouth of the cave, but when the caves start to flood, tensions rise as oxygen levels fall and the friends find themselves trapped. Unknown to them, the storm has also brought in a pack of dangerous and hungry crocodiles.

Set in Northern Australia, the film opens with a couple who seem to be lost while bushwalking. The couple have no idea how to get back on the track, and they both encounter an enormous killer crocodile.
Fast forward to the present day. Five close friends reunite and decide to explore an underground cave system at the same location as the missing victims. The film’s introduction to the leading characters tells us many things and that there are some unresolved matters between these friends. Some of these include one of the girls knowing she is pregnant, but she hasn’t told her partner yet. Another of the couples suspects their partner might be unfaithful and is keeping their options open.
The five friends arrive at the cave, and everything seems to be providing a fantastic experience, unlike anything they have ever seen before. But during their exploration a storm hits unexpectedly, flooding the caves and trapping our five leads. To make matters worse, they are not alone. Circling in the flooded cave lurks a large crocodile- one who is not pleased at five people invading his home. With the cave filling up with water, the clock is now ticking. Will all five characters make it out alive and survive the large killer crocodile who is extremely hungry?
As far as positives go, the film’s visuals are outstanding. This is not just because the film was shot in my home town of Brisbane, Australia (although that is very cool too), but landscapes and even the dark caves were well shot and great to see on the big screen.
The introduction of the film is well-paced, and it doesn’t take long for the film to introduce its characters and the cave with its problems. While the very first scene may seem familiar and cliché, it was a nice introduction to the mysterious killer crocodile that would invade the big screen in due time.
Speaking of the crocodile itself, it also looks great and real. That is because it is a real crocodile which has been used for the film. What this film was able to achieve with the use of a live crocodile was impressive, especially when characters needed to act or respond to it.
Overall, Black Water: Abyss is a fun, brainless creature feature film. This is the type of film you share with friends, and the film allows you to switch off from the world. The film visuals are stunning and well-presented, plus I truly enjoyed what the film was able to do with the use of a real crocodile. Even if movie lovers find any flaws, there is certainly an audience who will enjoy the film, especially as a guilty pleasure.
Peter has written this movie review for Sanity. See more from Peter here

I am a sucker for creature features. I will admit, I had not seen the original 2007 croc flick ‘Black Water’ until recently, but because of the nature of the films plot and the fact it stars a giant territorial crocodile, It was safe to say I was excited for ‘Black Water: Abyss’. ‘Black Water: Abyss’ follows five friends as they explore a remote cave system here in our very own back yard in Australia, to find themselves threatened by a large, angry, territorial crocodile... Will our five friends survive? How was ‘Black Water: Abyss’?
‘Black Water: Abyss’ was a lot of fun, whilst certain elements of the film do not live up to other greats in the genre, ‘Jaws’, ‘Crawl’, ‘Rogue’ and even ‘Deep Blue Sea’, ‘Black Water: Abyss’ proves to be an improvement over its predecessor, whilst also standing on its own. Despite the fact the big-bad in this film is a croc, there really is no other connections to the previous film. This is a soft reboot if you will of the film that came before it, with all new characters, an all-new setting and an all new crocodile. The character drama of this film is unique and different from what we have seen before, the characters all have internal conflict with one another that really does add to the claustrophobic nature of the setting of the cave system, we feel the tension between the characters and not to mention there is one angry croc waiting to pick off these characters one-by-one. The crocodile itself looks great, whilst it is not in the film as much as I would have liked it to be, however, when it does appear it is oh so satisfying. It looks great. Director, Andrew Traucki understands the dread of this prehistoric monster and uses it when it is most terrifying and inconvenient for our characters. The cave setting is unique as well, I like the way that they utilise this location. Not only are we in a small, confined area with a giant croc, we also have the looming threat of the caves flooding, the characters know it isn’t long until they are in the water with the beats. Add in the tension between our characters as well, and you have yourself an awful situation.
‘Black Water: Abyss’, is not among the genres best, but it is an effective creature feature, with a great setting, a menacing monster and interesting character drama. Whilst the film may not reach the heights, I would have liked it to, it is still a lot of fun. I am giving ‘Black Water: Abyss’ a 7/10. Pick up this one on Blu-Ray today, it looks great!
Chris has written this movie review for Sanity. See more from Chris here