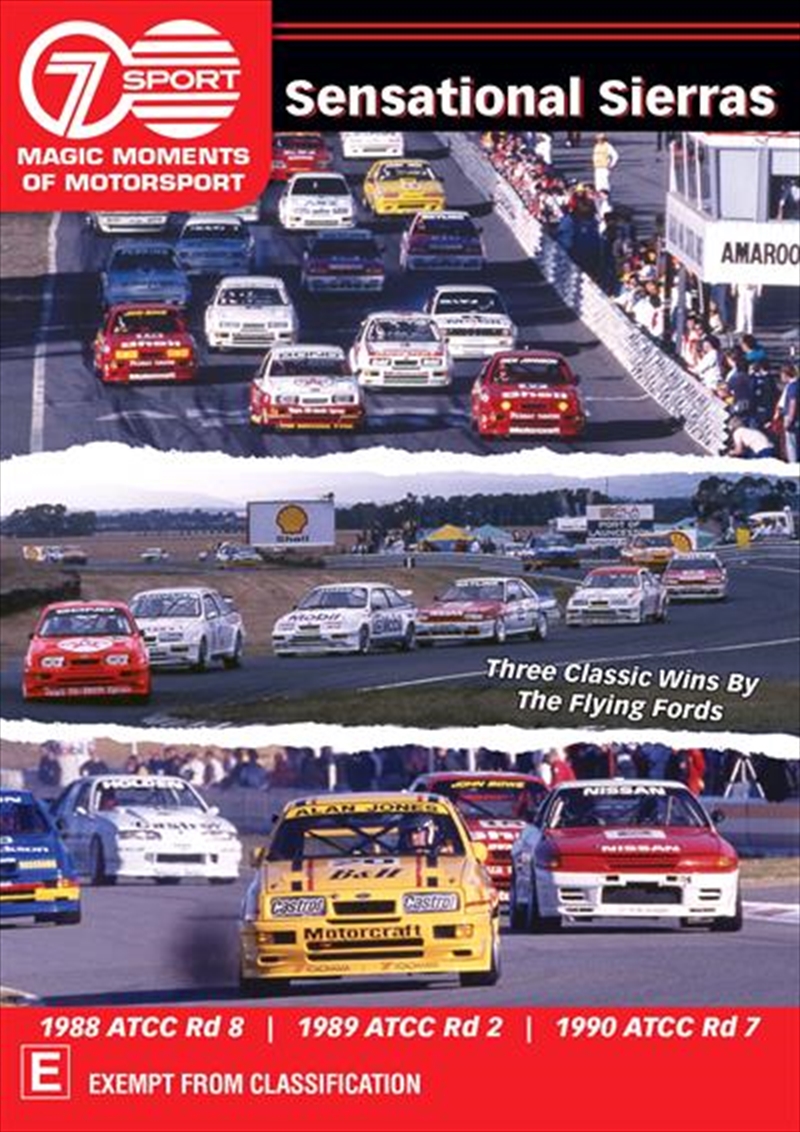 THE Ford Sierra RS500 Cosworth was one of the most dominant cars seen in the Group A touring car era of the 1980s and 1990s and, on this special Seven Sports Magic Moments of Motorsport DVD release, we celebrate the powerful turbocharged pocket rockets.Weve selected three rounds from the Seven Sport vault dominated by the mighty Sierras, one each from the 1988, 1989 and 1990 Australian Touring Car Championships when they were at their most dominant.The first is the penultimate round of the 88 championship at the now defunct Amaroo Park in Sydney. Its a race that showed the sheer domination that season of the Shell Sierras of Dick Johnson and his new teammate John Bowe as a 25-car field tackles the 70 lap-race.The second race on this release is the second round of the 1989 ATCC from Symmons Plains in Tasmania with Sierras making up 11 of the 21 cars in the field.All of the big names are in the turbo Fords Johnson, Bowe, Glenn Seton, Colin Bond, Allan Moffat, Tony Longhurst and even Peter Brock, who had moved across from racing BMWs in the off-season and was more than a match for the Sierra regulars in this race.And we round out this DVD with the penultimate round of the 1990 ATCC from Wanneroo in Western Australia. By then Brocks Mobil Sierra was one of the fastest in the field and he led every all 45 laps to claim a dominant win.As an added bonus weve included where possible - all of the action filmed during the commercial breaks of the period, so you dont miss a second of these important races from Australian touring car history!This DVD is a must-have for your collection of Seven Sport Magic Moments of Motorsport titles, celebrating one of the really memorable cars of the 80s and 90s.
DETAILS