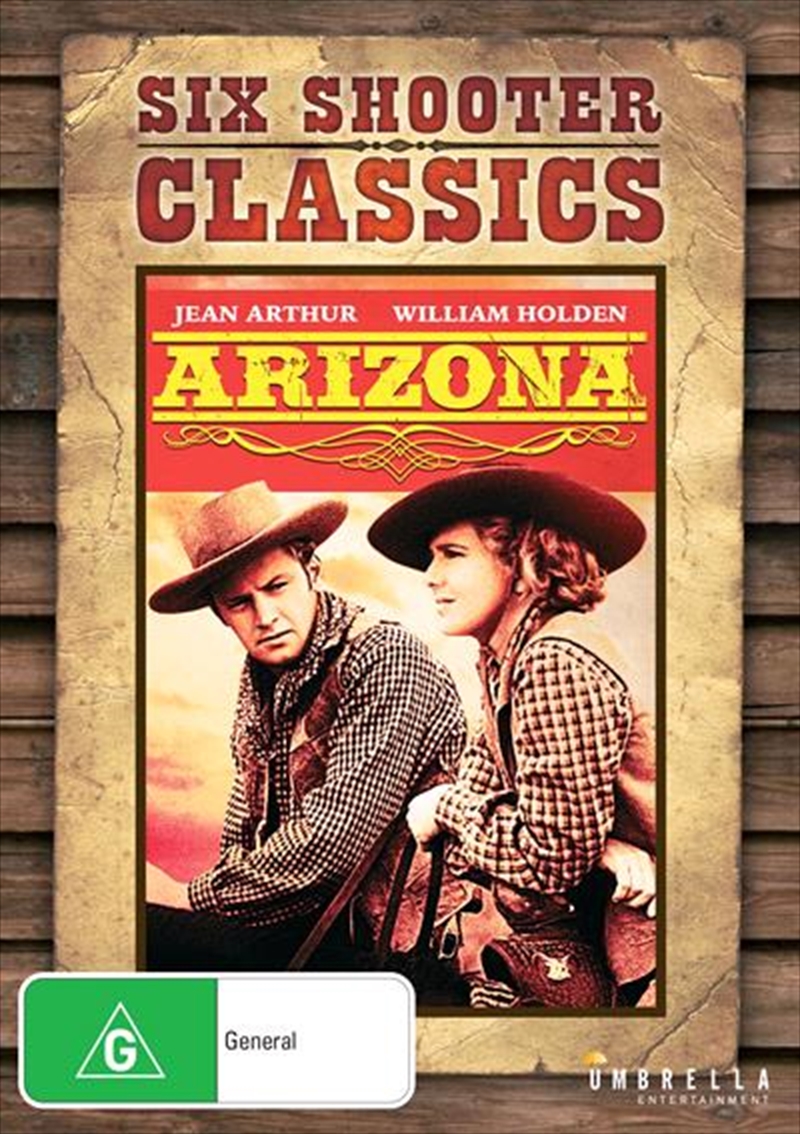 Screen legends Jean Arthur (The Plainsman) and William Holden (The Wild Bunch) star in the epic saga of Phoebe Titus (Arthur), a whip-carrying, rifle-toting hellion who single-handedly transforms a dirt-poor army outpost into Tucson, Arizona, the pride of the American West.When Peter Muncie (Holden) moseys into Tucson, a love-struck Phoebe (Arthur) decides the handsome drifters just the man to help run her cattle ranch, the largest in the territory. Standing in her way, however, is Jefferson Carteret (Warren William), a city slicker who not only plans to cheat Phoebe out of her business but Peter as well, by gunning him down on their wedding day.Jam-packed with thundering cattle stampedes, full-blooded Indian attacks and a cast of thousands, ARIZONA is an epic Western with non-stop action!