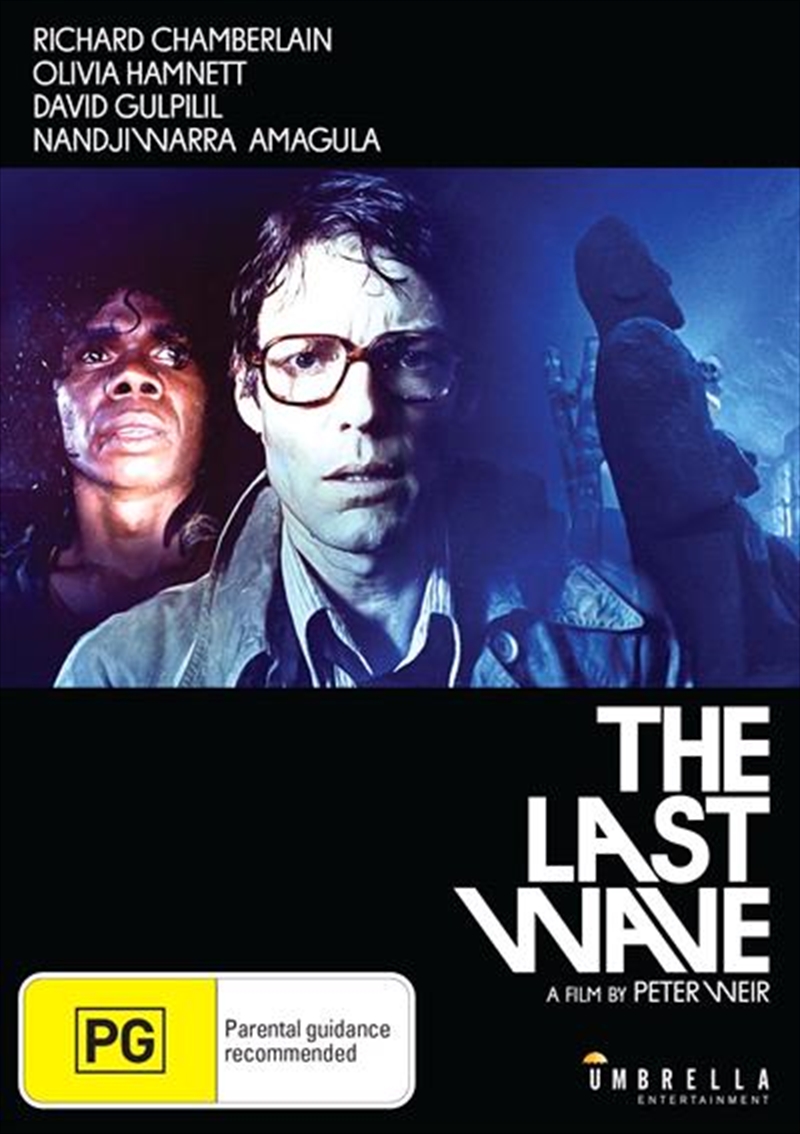 The Occult Forces. The Ritual Murder. The Sinister Storms. The Prophetic Dreams. The Last Wave.

"Dream is a shadow of something real." Chris Lee (David Gulpilil) Internationally acclaimed filmmaker Peter Weir (Oscar nominated director of Picnic at Hanging Rock, Gallipoli and Witness) explores a startling world on the brink of apocalypse in The Last Wave, a time and place where Mother Nature and human nature are destined to collide in catastrophic disaster.When lawyer David Burton (Richard Chamberlain, The Thorn Birds) is assigned a case to defend a group of indigenous Australian men, he is unprepared for the nightmares and dreamscapes ahead. Accused of murdering one of their own, the men stand trial amidst suspicious circumstances and, as Burton becomes plagued by unsettling visions, he is drawn to the mysterious Chris Lee (AFI Award winner David Gulpilil, Storm Boy, The Tracker) for answers to his torment. As the erratic climate turns dangerous, Burton senses a greater power at play, where tribal customs and the ancient ideas of Dreamtime may be more than just an ominous warning. Featuring atmospheric cinematography by Oscar winner Russell Boyd (Master and Commander: The Far Side of the World), The Last Wave is a haunting journey into the depths of the unknown, where dreams and nightmares conspire as one.

Review of The Last Wave by Christopher Pattison

Yet another release from ‘Imprint Films’ has made its way to Blu-Ray this August, 1968’s ‘No Way To Treat A Lady. This is the label's seventh release and the first time this film has made its way to Blu-Ray. ‘No Way To Treat A Lady’ was based on the 1964 novel of the same name by William Goldman. ‘The Last Wave’ follows a Sydney-based Lawyer David Burton (played by Richard Chamberlain) who defends five Aboriginal persons for a ritualised taboo murder. Upon taking on the case, Burton begins to have nightmare-fuelled dreams and premonitions. This film has been on my radar for quite some time. With an impressive director at the helm in Weir and Australian acting legend Richard Chamberlain in the lead, I was anticipating this release from ‘Umbrella Entertainment’. SO how was ‘The Last Wave’?
‘The Last Wave’ was a fun, unique and well-directed thriller film that is filled-with great imagery and unique direction. Weir deals with supernatural elements in this film, but in a way that has not been seen on the big screen. This film really did establish Weir as a surrealist filmmaker, he has made a name for himself dealing with high-concept dramas with ‘The Truman Show’ feeling the closest to this film. Chamberlain is also wonderful in the lead role. He sells the drama but also acts as a great character to take-us through this nightmare induced setting. The way the film deals with Aboriginal mysticism is done-so tastefully as well and it was really neat to see this represented on-screen.
‘The Last Wave’ was a pleasant surprise, whilst I am familiar with Writer/Director Peter Weir’s filmography, I have never been able to watch this film in a physical format until now thanks to Umbrella Entertainment. This film is unique, well-crafted and stunning to watch. I really enjoyed this release and look forward to the other releases that ‘Sunburnt Screens’ will release next. I am giving ‘The Last Wave’ an 8/10. Pick-up this film today on Blu-Ray and DVD from your local Sanity or Online!
Chris has written this movie review for Sanity. See more from Chris here