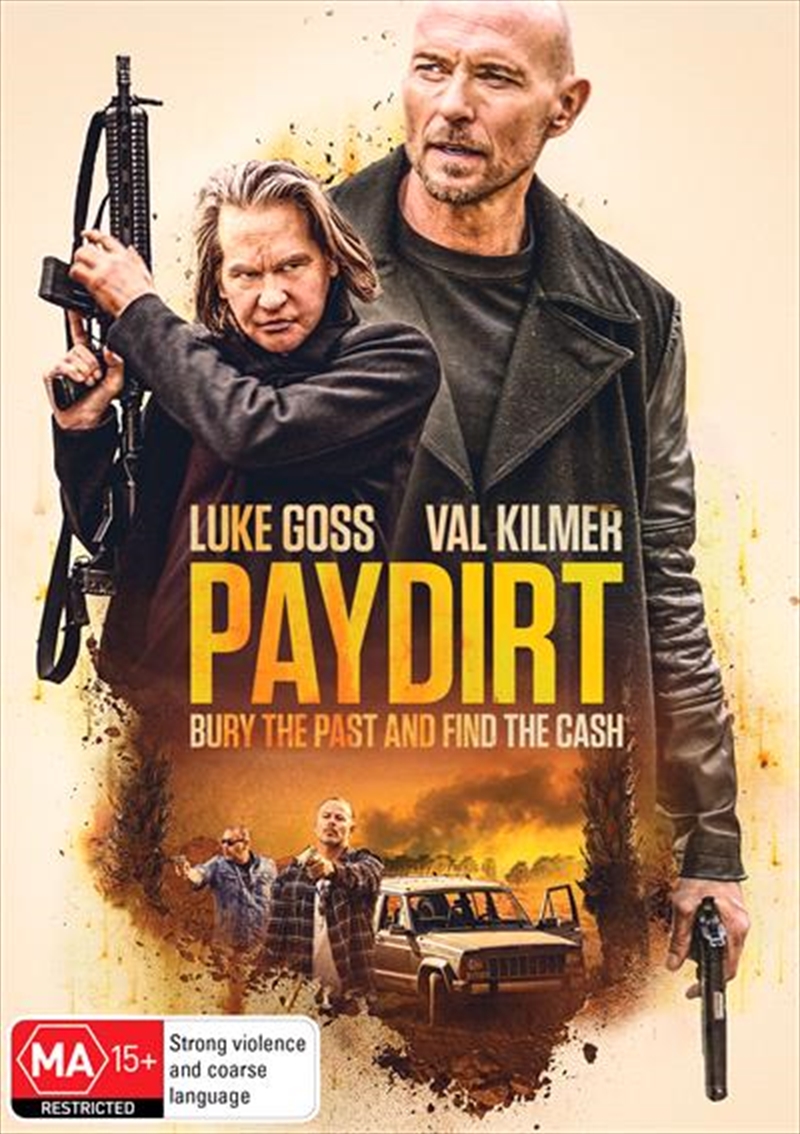 Bury the past and find the cash.

A parolee teams up with his old crew determined to find a buried bag of cash stolen five years ago from a DEA bust gone bad. But when word hits the street that theres a modern-day treasure hunt going down, a retired Sheriff's obsession to right past wrongs leads him to a gun blasting showdown in the middle of the desert with nothing left to lose.

Review of Paydirt by Peter Walkden

After a DEA bust goes wrong and the lives of police officers are lost, criminal Damian Brooks (Luke Goss) goes straight to jail, and the man in charge of the arrest, Sheriff Tucker (Val Kilmer), is stood down from his job. But after six years in prison, Damian gets released and decides to team up with his old crew to find a buried bag which is loaded with money.
But retrieving the stolen money while being on parole is not going to be an easy job. To top it off, Damian also has the retired Sheriff Tucker hot on his trail.
But digging up some money sounds simple right? Wrong. Damian was wise enough to set up some "fail-safes" to stop the money from getting discovered while he was in jail. Now Damian and his crew will need to work together to get the most massive score of their lives without getting caught by the Sheriff or the real owners of the cash.
Overall, Paydirt feels more of a heist film. I did find the film's concept welcome, along with actor Val Kilmer featuring once again on screen. Those seeking a light heist film with twists and cheesy but confident characters will undoubtedly find pleasure with Paydirt.
Peter has written this movie review for Sanity. See more from Peter here